Micromax's first hexa-core processor-powered smartphone, the Canvas HD Plus is now available online at Rs. 13,500. However, the smartphone is yet to be officially announced by the company.

In addition, the Micromax Canvas Fire (A093), which went on sale via an online retailer last week, has been listed on company's website. 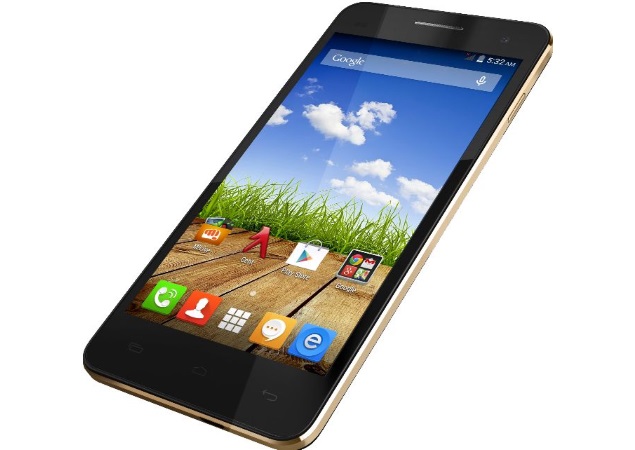 Canvas HD Plus features a 5-inch HD (720x1280 pixel) IPS display and the online retailer's listing claims that the smartphone boasts Gorilla Glass protection. It is powered by a 1.5GHz hexa-core processor (unspecified chipset) coupled with 1GB of RAM. Karbonn launched the Titanium Hexa, a hexa-core chipset based smartphone earlier this year at Rs. 16,990.

Micromax Canvas HD Plus comes with 8GB inbuilt storage which is further expandable via microSD card (up to 32GB). It sports an 8-megapixel autofocus rear camera with LED flash, while it also houses a 2-megapixel fixed focus front camera. The handset includes a 2000mAh Li-ion battery that is rated to deliver up to 7 hours of talk time and up to 250 hours of standby time.

The smartphone is currently listed at Infibeam and is available in Black Gold and White Gold colour variants.

The Micromax Canvas Fire (A093), on the other hand, features a 4-inch WVGA (480x800 pixels) TFT display and is powered by a 1.3GHz quad-core processor clubbed with 512MB of RAM. It comes with 4GB of built-in storage, which can be expanded up to 32GB with the help of microSD card. The Canvas Fire is a dual-SIM (GSM+GSM) device with dual standby support.

Canvas Fire comes with a 5-megapixel rear camera and a 0.3-megapixel front camera also on board. Connectivity options include Wi-Fi, Bluetooth, A-GPS, GPRS/EDGE, and 3G. The smartphone is backed by a 1750mAh battery.

While Micromax has not officially confirmed the price of the Canvas Fire, it is said to be priced at Rs. 6,999.