However, the Canvas Duet and Canvas HD Plussmartphones went on sale in India via third-party online retailers sometime back. The Canvas Duet (AE90) was listed for purchase by two different e-commerce websites with immediate availability, at Rs. 9,299 and Rs. 8,999.

Meanwhile, Micromax's first hexa-core processor-powered smartphone, the Canvas HD Plus (A190), was available online at Rs. 13,500.

For specifications, the Canvas Duet is a dual-SIM (GSM+CDMA) device that runs Android 4.1.2 Jelly Bean. It comes with CDMA support in single SIM, while the other supports GSM.

The Canvas Duet AE90 features a 4.5-inch qHD display with a 540x960 pixels resolution. The smartphone is powered by a 1.2GHz quad-core Qualcomm Snapdragon 200 (MSM8625Q) processor coupled with 1GB of RAM. It sports a 5-megapixel autofocus rear camera with LED flash and also includes a 0.3-megapixel front-facing camera. 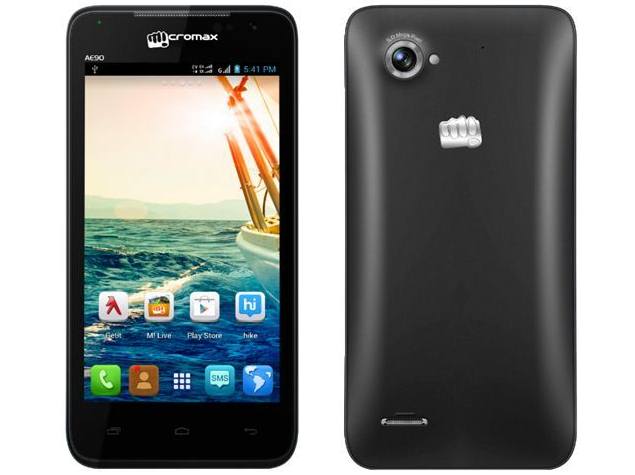 The smartphone comes with 4GB of inbuilt storage which can be expanded up to 32GB with the help of a microSD card. It packs an 1800mAh battery, which is rated to deliver up to 5.5 hours of talk time and 150 hours of standby time.

Canvas HD Plus features a 5-inch HD (720x1280 pixel) IPS display and the online retailer's listing claims that the smartphone boasts Gorilla Glass protection. It is powered by a 1.5GHz hexa-core MediaTek processor (unspecified chipset) coupled with 1GB of RAM.

It comes with 8GB of inbuilt storage which is further expandable via microSD card (up to 32GB). It sports an 8-megapixel autofocus rear camera with LED flash, while it also houses a 2-megapixel fixed focus front camera. The handset includes a 2000mAh Li-ion battery that is rated to deliver up to 7 hours of talk time and up to 250 hours of standby time.