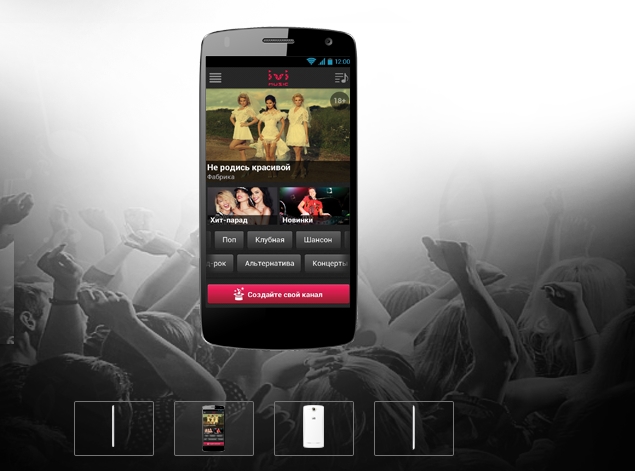 Micromax announced its Russia operations in January and launched two Canvas smartphones - the Canvas Beat and Canvas Social - for the Russian market.

It seems the popular domestic handset maker is finally gearing up to bring the Micromax Canvas Beat in India, as the smartphone is now available via an e-commerce website.

The Canvas Beat is now available at Rs. 9,499 via an e-commerce website; however, it's worth noting that the handset still carries the model number A114R. For those unaware, the Canvas Beat (A114R) can be considered to be a variant of an already launched Indian smartphone, the Canvas 2.2 (A114). We presumed that the R prefix was for the Russian market, however, the two phones don't share the same processor and battery specifications. 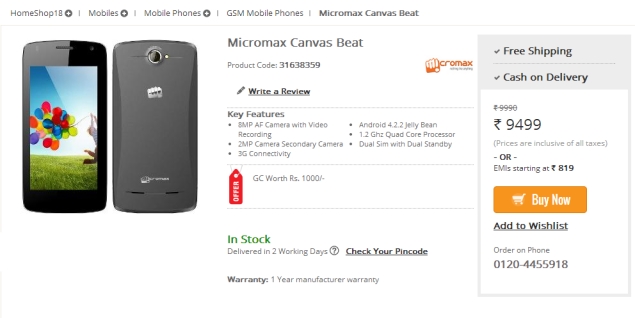 The Canvas Beat sports an 8-megapixel autofocus rear camera accompanied by LED flash, and also includes a 2-megapixel front-facing camera. The smartphone comes with 4GB inbuilt storage, with expandable storage up to 32GB supported via microSD card. The Micromax Canvas Beat also packs a 1900mAh battery, as compared to the Canvas 2.2's 2000mAh one.

It's worth mentioning that since this is a third-party online store, one cannot be certain if this will be the official launch price when the Canvas Beat is unveiled in India.

The Micromax Canvas Beat is listed on HomeShop18 and was first spotted by Gadgets to Use.

Earlier on Friday, the Micromax Unite (A092) went on sale ahead of any official announcement via an e-commerce website at Rs. 6,490.