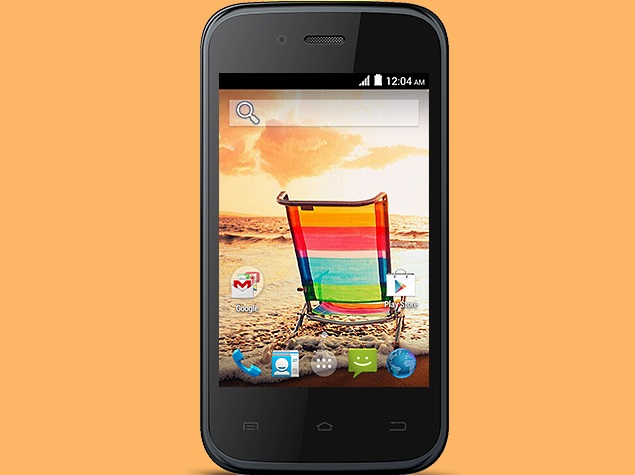 Micromax has introduced a new Bolt-series smartphone, the Bolt D200, which is now listed on the company's site.

There is no official word on the availability and pricing details of the Micromax Bolt D200; however, we expect the company will start the sale of the smartphone in the coming days. The official site also lists a bundled data plan with the handset, which will offer up to 500MB of free data per month for two months on Vodafone.

The Bolt D200 is a dual-SIM (GSM+GSM) device which runs Android 4.4.2 KitKat out-of-the-box. It comes with a 3.5-inch (320x480 pixels) HVGA TFT display. The smartphone is powered by a 1.3GHz dual-core MediaTek (MT6571) processor coupled with 512MB of RAM. It comes with 512MB of inbuilt storage, which is further expandable via microSD card (up to 32GB). It sports a 0.3-megapixel front and rear fixed-focus cameras. The rear camera is accompanied by an LED flash.

The Bolt D200 packs a 1200mAh battery, which according to the official listing is rated to deliver up to 4 hours of talk time and up to 225 hours of standby time. It is currently listed in just Black colour.

Earlier on Wednesday, Micromax's recently launched budget Canvas Spark smartphone was made available in its first flash sale via Snapdeal and the company announced 20,000 units of the Canvas Spark went out of stock in less than 2 minutes.