Micromax Bolt A28 and Bolt A59 dual-SIM Android smartphones launched

Share on Facebook Tweet Snapchat Share Reddit Email Comment
Micromax has launched two new Bolt series smartphones, the Bolt A28 and Bolt A59. Both the smartphones are now listed on company's online store at Rs. 3,599 and Rs. 4,499 respectively. The Micromax online store's listing notes that both the smartphones can be delivered in 7 to 10 business days.

The Micromax Bolt A28 run dated Android 2.3 Gingerbread, and is a dual-SIM device with support for GSM+GSM. It features a 3.5-inch display with 320x480 pixels resolution. The Bolt A28 is powered by a 1GHz Spreadtrum SC6820 processor along with a 256MB of RAM. It sports a 0.3-megapixel rear camera, while there is no word on front camera.

It comes with 512MB of inbuilt storage, which can be expanded up to 16GB with the help of a microSD card. The Micromax Bolt A28 packs a 1500mAh battery, which as per the company's listing, can deliver up to 4 hours of talk time and up to 160 hours of standby time.

Connectivity options on the Micromax Bolt A28 include Bluetooth, Wi-Fi, GPRS, EDGE, GPS/ AGPS and Micro-USB. The Bolt A28 does not support 3G networks. It measures 116.9x62.5x12.5mm and weighs about 89 grams. 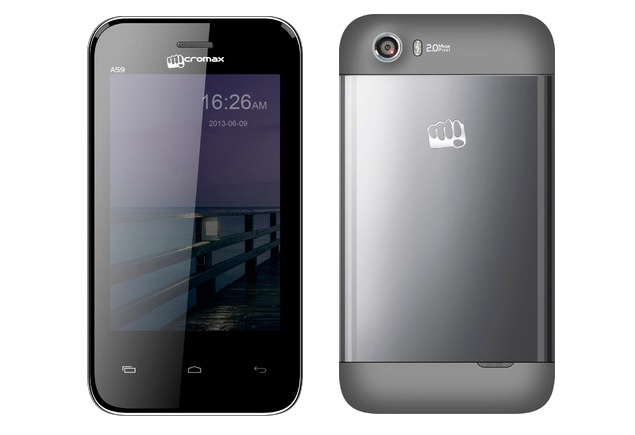 The Micromax Bolt A59, on the other hand, runs Android 4.2.1 Jelly Bean out-of-the-box. Micromax's new budget Android smartphone is a dual-SIM (GSM+GSM) device with dual standby support. It comes with a 3.5-inch display with 320x480 pixels resolution, and is powered by a 1GHz Spreadtrum SC7710 processor along with a 256MB of RAM.

It includes 512MB of inbuilt storage, which is further expandable up to 16GB via microSD card. The Micromax Bolt A59 sports a 1.3-megapixel rear camera with LED flash and also includes a VGA front-facing camera. The device packs a 1500mAh battery that the listing claims can give a standby time of up to 160 hours and up to 4 hours of talk time.