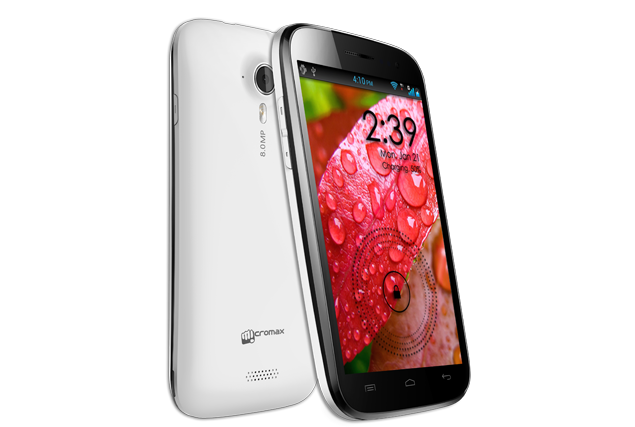 However, despite Micromax claiming that the A116 Canvas HD has now started to retail, none of the popular shopping sites such indiatimes.com, homeshop18.com, infibeam.com, flipkart.com, saholic.com or even snapdeal.com are offering this smartphone for sale online.

Commenting on the status of fresh stocks, Tony Navin, Vice President, Business Development, Snapdeal.com informed NDTV Gadgets, "We plan to hold discussion with Micromax for the next phase of the campaign after we have shipped all the pre-booked smartphones."

Micromax had recently announced the A116 Canvas HD smartphone and the device was up for pre-oder on February 14, 2013. As per the company, the smartphone got an overwhelming response and garnered total of 9,000 units were sold out in just 24 hours. The company had indicated that these units will be shipped to end-customers by March 15 but the shipment reportedly got delayed due to 'procedural issues'.

For camera, there is an 8-megapixel rear shooter with LED flash and 4X zoom and a VGA front camera. Other features of the smartphone include 1GB RAM and 4GB of internal storage, which can be expanded by up to 32GB via microSD card. It is a dual-SIM GSM+GSM smartphone.

At the time of launch, the Micromax A116 Canvas HD was priced at Rs. 13,999 but later the price was increased to Rs. 14,499. As per the company the change in the price is because of the changes in custom duty.

Micromax Canvas HD is a successor to the popular Micromax A110 Canvas 2 (Review | Pictures). The company has recently rolled out Android 4.1 (Jelly Bean) update for this smartphone.