Xiaomi also plans to launch its ‘most compact’ Mi Power Bank in India on November 5. 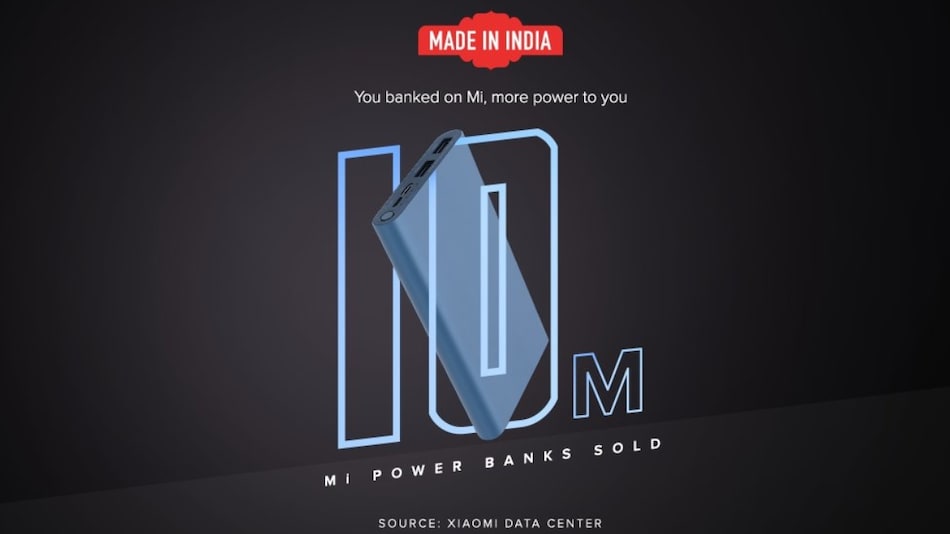 Xiaomi has sold over 1 crore Mi Power Banks, the company tweeted on November 3. The Chinese smartphone maker began assembling power banks in India in 2017. All units of power banks sold by Xiaomi in India since then have been produced locally in the country. Three years later, the company announced that it has overcome the 1 crore-unit mark in terms of sales. The news comes a day after Xiaomi announced the launch of its most compact Mi Power Bank in India.

The company will also be launching a brand new Mi Power Bank on November 5. Touted to be its most compact power bank yet, the dedicated microsite for the product describes it as Xiaomi's “hidden powerhouse,” hinting at its small form factor – small enough to fit in your pocket. It is also hailed as the “most powerful” model in its range. However, no specific details have been officially announced regarding the upcoming Mi Power Bank yet.