Mi MIX 2S has been unveiled as the new flagship smartphone of popular Chinese brand Xiaomi in its home market. As expected, the company has avoided the iPhone X-like notch with the Mi MIX 2S display, retaining the bottom panel position of the front camera, but has gone with the vertical dual rear camera design. The Mi MIX 2S sports a ceramic body, is curved on all four sides, and supports Qi wireless charging. It also comes with a fingerprint scanner on the rear panel, with Xiaomi clearly eschewing the in-display fingerprint sensor that fellow Chinese company Vivo recently brought to the masses with the X21 and X20 Plus UD smartphones.

The company is also touting the use of AI features in the camera app, giving users such capabilities as 'dynamic Bokeh' and scene recognition. The smartphone also supports Google's ARCore. The smartphone also comes with its own voice assistant. Finally, another highlight feature is real-time translation of text including instant currency conversion.

The smartphone bears a vertical dual rear camera setup in a design that looks very similar to the iPhone X, with the flash in between the two lenses. It has two 12-megapixel sensors with 1.4-micron pixels, with one featuring a Sony IMX363 sensor, f/1.8 aperture, wide-angle lens and four-axis OIS, while the other features an f/2.4 aperture and a telephoto lens with optical zoom. The AI-based scene recognition is said to recognise up to 206 scenes. Other AI features include dynamic Bokeh, smart artifact, business card recognition, face recognition, and more. The company is touting the presence of dual core PDAF on the rear camera. Xiaomi is also boasting of receiving a 101 score on DxOMark Mobile rankings for photos, the same as the iPhone X. 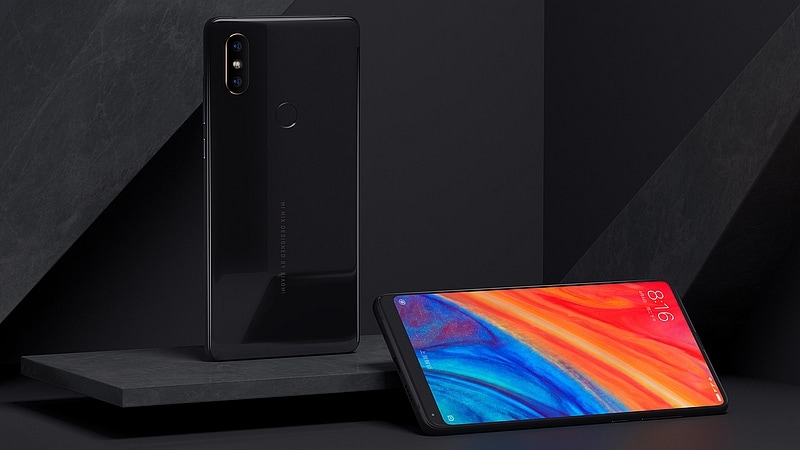 The new Xiaomi smartphone sports a 3400mAh battery with Quick Charge 3.0 fast charging. As for Qi wireless charging, the brand says the smartphone supports 7.5W charging, which fully recharges the battery in 2 hours 40 minutes. It measures 150.86x74.9x8.1mm and weighs 189 grams.

We discussed Xiaomi Redmi 5 and the company's strategy for India on Orbital, our weekly technology podcast, which you can subscribe to via Apple Podcasts or RSS, download the episode, or just hit the play button below.