Mi A3 Gets Hands-on Treatment Ahead of Official Launch, Full Specifications Revealed

Mi A3 launch is set at 3pm CEST (6:30pm IST) today, but you can take a glimpse at it before its formal debut.

Xiaomi is set to unveil the Mi A3 as its newest Android One phone in Spain later today. But just hours ahead of the formal debut, the anticipated handset has been leaked in detail by an online publication, which managed to get it hands on the phone. The phone is claimed to be similar to Xiaomi's Mi CC9e that was launched in China earlier this month. It is said to carry an HD+ display and a waterdrop-style notch design. The Chinese company will bring the Mi A3 as a successor to the Mi A2 that was launched in many global markets including India last year.

The unannounced Mi A3 has been sourced by technology website SoyaCincau.com. Corroborating previous reports, the site claims that the new Mi A-series phone is similar to the Mi CC9e that Xiaomi launched specifically for the youth.

On the specifications front, the dual-SIM (Nano) Mi A3 is said to run stock Android 9 Pie with the June 2019 security patch. The company is also said to have provided a 6.088-inch HD+ AMOLED display and octa-core Snapdragon 665 SoC. Further, the phone is reported to feature the triple rear camera setup with a 48-megapixel primary sensor, 8-megapixel secondary sensor with an ultra-wide-angle lens, and a 2-megapixel tertiary, depth sensor. 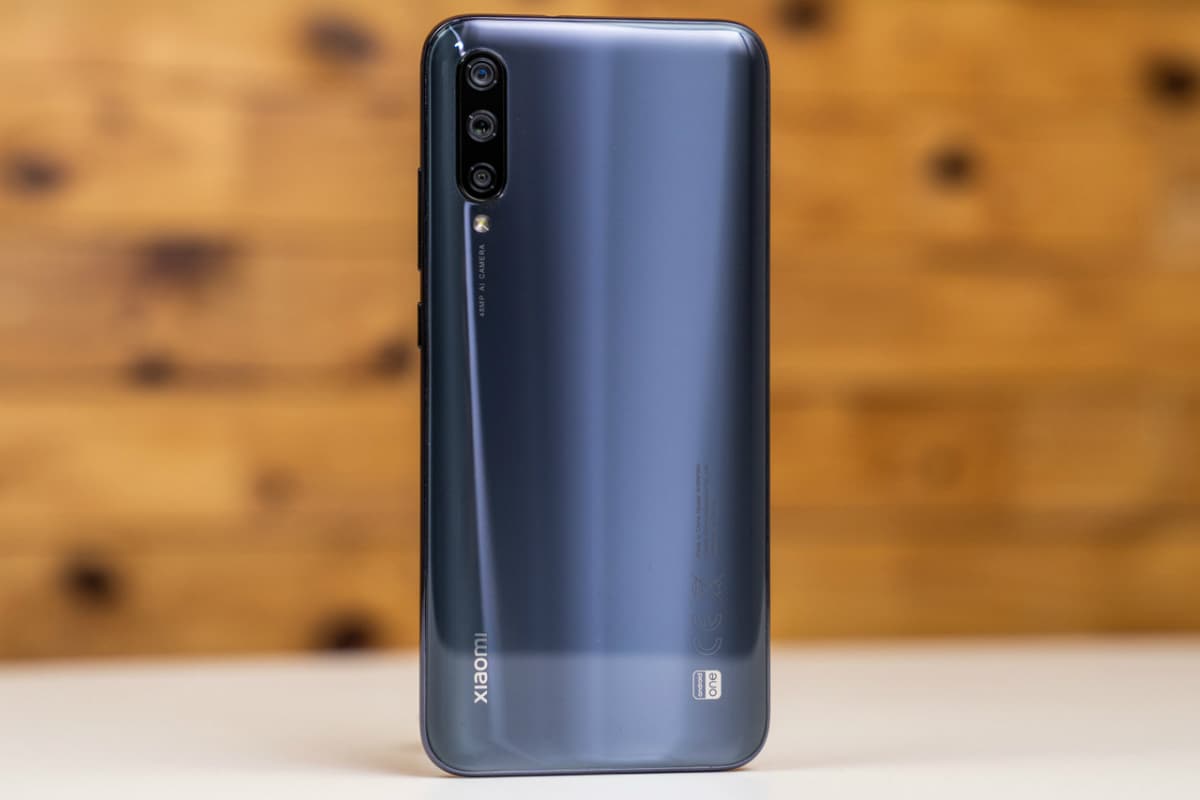 In terms of design, the Mi A3 appears to have the waterdrop-style display notch aka Dot Drop Display at the front. The back panel of the phone has a glossy finish. The unit has been revealed in the hands-on report is said to have "Kind of Grey" colour finish. Also, the back of the phone has a Xiaomi logo and an Android One branding.

A retail box of the Mi A3 has also been captured that highlights some of its key features, including an AI triple camera setup and in-display fingerprint sensor. The handset is also apparently bundled with a Soft Case. The Mi A3 unit that appears for the first impressions is the 4GB RAM + 64GB storage variant. However, considering the company's historical record, we can safely expect some other RAM and storage options in the range as well.

To recall, the Mi A3 launch in Spain is set at 3pm CEST (6:30pm IST) today. Stay tuned to Gadgets 360 for all the official details as and when they are announced.

Further reading: Xiaomi Mi A3, Mi A3, Xiaomi
Jagmeet Singh Email Jagmeet Jagmeet Singh writes about consumer technology for Gadgets 360, out of New Delhi. Jagmeet is a senior reporter for Gadgets 360, and has frequently written about apps, computer security, Internet services, and telecom developments. Jagmeet is available on Twitter at @JagmeetS13 or Email at jagmeets@ndtv.com. Please send in your leads and tips. More
Redmi K20 Launched Starting at Rs. 21,999, and Redmi K20 Pro Price in India Starts Rs. 27,999: Highlights
Facebook's Digital Currency Plan Gets Hostile Reception From US Senators

Mi A3 Gets Hands-on Treatment Ahead of Official Launch, Full Specifications Revealed
Comment
Read in: বাংলা