Xiaomi Mi A2 Launched in India at Rs. 16,999, Pre-Orders Open Thursday on Amazon.in and Mi.com

Xiaomi Mi A2, the successor to the Android One-running Mi A1, was launched in India at an event in Gurugram on Wednesday. The smartphone was first unveiled in Spain last month, and in line with Gadgets 360's earlier report, Xiaomi has only launched two RAM/ storage variants of the handset in India, choosing not to bring the 4GB/ 32GB variant to the country. The Indian variant of the Xiaomi Mi A2 also comes with Qualcomm Quick Charge 4+, unlike the EU variant that offered Quick Charge 3.0. We already knew the smartphone was exclusive to Amazon and now other details like the Mi A2 price in India, booking process, and release date have been confirmed as well.

Xiaomi also revealed that 10 million smartphones were sold in the last quarter in India. Read on for all the information from the launch event.

Mi A2 price in India and booking details

The Mi A2 will go up for pre-orders on Thursday, August 9, from 12 noon, via Amazon India and Mi.com. The smartphone will go on sale for the first time at 12 noon, August 16, via Amazon India, Mi.com, Mi Home, and Mi Preferred Partner Stores.

Xiaomi Mi A2 launch offers include up to 4.5TB additional data from Reliance Jio, which is also offering up to Rs. 2,200 instant cashback.

The dual-SIM (Nano) Xiaomi Mi A2 runs stock Android 8.1 Oreo, and being a part of the Android One programme from Google, is certified to offer an optimised Android experience and timely updates. The company is promising "minimal preloaded apps." The smartphone sports a 5.99-inch full-HD+ (1080x2160 pixels) display with an 18:9 aspect ratio and pixel density of 403ppi. It is protected by 2.5D curved Gorilla Glass 5. The Mi A2 is powered by an octa-core Snapdragon 660 SoC (four cores clocked at 2.2GHz and four cores clocked at 1.8GHz) coupled with either 4GB or 6GB of RAM. 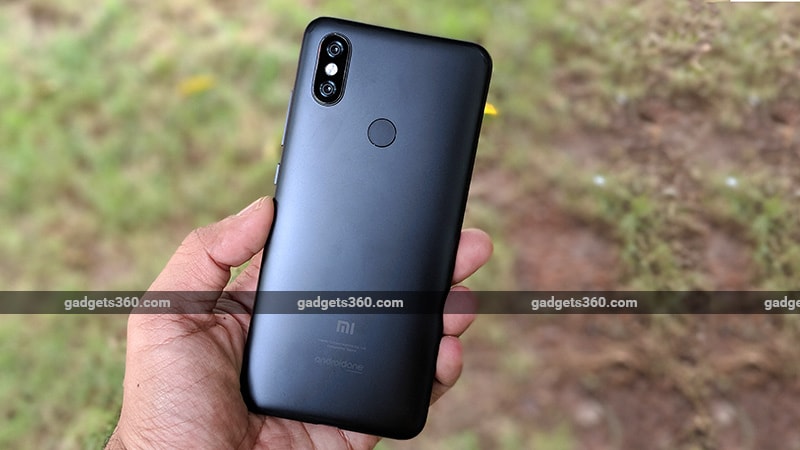 Xiaomi is touting several 'AI Camera' features, including Portrait mode (available on the front camera as well), Beauty Mode 4.0, and face recognition. There is also a 'Smart Lens Selection' feature, that chooses the appropriate rear sensor based on the lighting conditions. The smartphone also offers electronic image stabilisation (EIS) for video recording. As we mentioned, the Xiaomi Mi A2 comes in two inbuilt storage options - 64GB and 128GB - depending on the variant purchased.

Connectivity options on the Mi A2 include 4G VoLTE, Wi-Fi 802.11ac (dual-band, 2.4GHz and 5GHz), Bluetooth v5.0, GPS/ A-GPS, and a USB Type-C (v2.0) port - there is no 3.5mm headphone jack on the phone. It bears a fingerprint sensor on the rear panel, while other sensors on board include an accelerometer, ambient light sensor, digital compass, gyroscope, and proximity sensor. The Xiaomi Mi A2 sports a 3,000mAh battery that supports Quick Charge 4+, however, the smartphone will ship with a regular 10W charger in the box. It measures 158.7x75.4x7.3mm, and weighs 168 grams.