Xiaomi Mi A2, Mi A2 Lite Launch Confirmed for July 24 in Spain

Mi A2 and Mi A2 Lite will be launched at the July 24 global launch event, Xiaomi has confirmed. The latest Android One smartphones from the company, Mi A2 and its smaller variant were confirmed for the Spain event via a tweet on Tuesday. The fresh development comes just days after the company formally announced its global launch event in Spain where it is expected to launch the Mi A2 as the successor to its last year's Mi A1. It also comes a day after Xiaomi confirmed that the successor to the Mi A1 is indeed in the works. The same event was also expected to be the venue where the Mi A2 Lite will debut publicly, something that's now been confirmed.

Notably, the lighter version of its new Mi model already went on sale via a third-party e-commerce listing in China. Both new smartphones, apart from continuing the legacy of being a part of Google's Android One, will come with a thin-bezel screen.

In a tweet on Tuesday, Xiaomi confirms that both the Mi A2 and Mi A2 Lite will be launched at its global launch event on July 24 in Madrid, Spain. 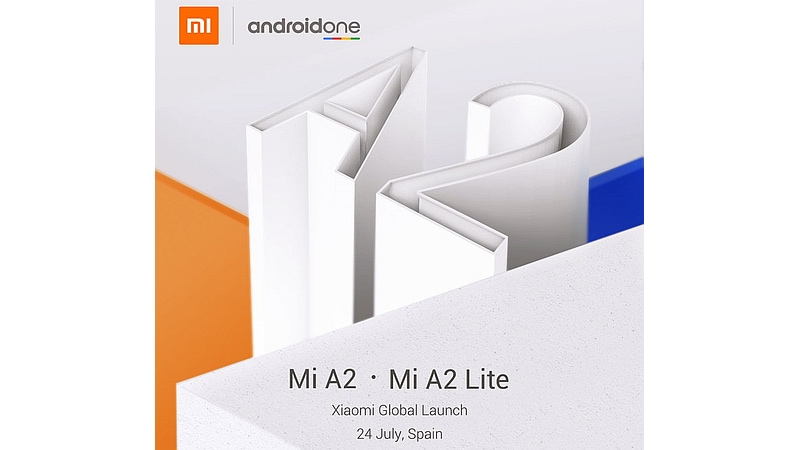 In an earlier tweet, Xiaomi had tweeted an image that highlights the back panel of the Mi A2 and Mi A2 Lite. The image also confirms that the handsets will sport a vertically-positioned dual rear camera setup, and that one would be smaller than the other. 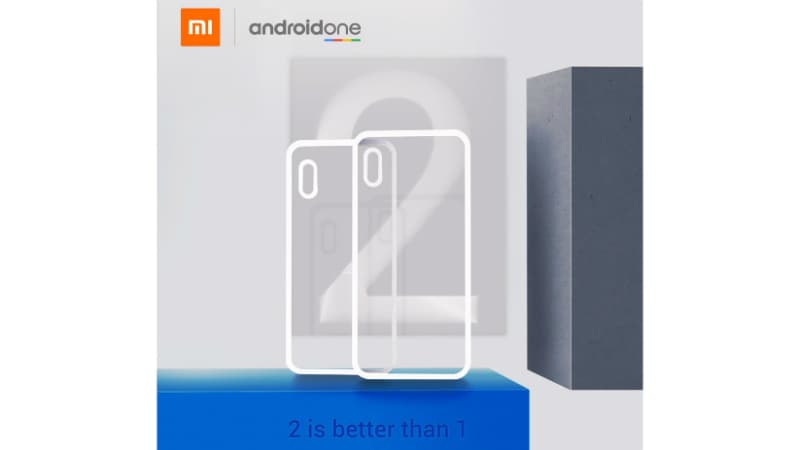 While Xiaomi hasn't revealed any specifications of the two new Mi-Series models, the rumour mill has reported much about both. The new smartphones will come with multiple storage options, including 32GB and 64GB of onboard storage. Further, the recent listing of the Mi A2 Lite on AliExpress confirmed that there will be 3GB and 4GB RAM options with a starting price of $189.99 (roughly Rs. 13,000). The Mi A2, on the other hand, is found to be available with a price starting at CHF 289 (roughly Rs. 20,000).

The Xiaomi Mi A2 is expected to run Android 8.1 Oreo out of the box and feature a 5.99-inch full-HD+ display with an 18:9 aspect ratio. Under the hood, it is suggested to include a Qualcomm Snapdragon 660 SoC, paired with 4GB of RAM and up to 128GB of onboard storage. The smartphone is also likely to come with a dual rear camera setup that includes a 12-megapixel primary sensor and a 20-megapixel secondary sensor - both featuring an f/1.75 aperture, along with an LED flash module. On the front, it could have a 20-megapixel sensor with artificial intelligence (AI) backed features, including an AI Portrait mode. The handset may also have 4G LTE, Wi-Fi 802.11ac, Bluetooth v5.0, GPS/ A-GPS, USB Type-C, and a 3.5mm headphone jack on the connectivity front and a 3010mAh battery.

In contrast, the Mi A2 Lite was listed on a third-party retailer with a 5.84-inch full-HD+ display with a 19:9 aspect ratio and a Qualcomm Snapdragon 625 SoC, paired with 3GB and 4GB RAM options and up to 64GB of onboard storage that is expandable via microSD card (up to 256GB). The smartphone is also found to have a 12-megapixel primary sensor and a 5-megapixel secondary sensor within its dual rear camera setup and a 5-megapixel front camera sensor. Besides, it could come with a 4000mAh battery and offer connectivity options such as 4G LTE, Wi-Fi 802.11ac, Bluetooth v4.2, GPS/ A-GPS, and Micro-USB.