The Mi 8 smartphone has been launched on Thursday at Xiaomi's annual product launch event in China. It is Xiaomi's latest flagship smartphone and, expectedly, comes with premium specifications and features. Key Mi 8 specifications include a Qualcomm Snapdragon 845 SoC, a dual rear 12-megapixel camera setup, infrared face unlock, and a 20-megapixel selfie camera. A Mi 8 Explorer Edition has also been launched, and comes with exclusive features like 3D face recognition, an in-display fingerprint sensor, and a transparent back. The company, as expected, also launched the Mi 8 SE smartphone at the same event, as well as the Mi Band 3 and MIUI 10.

The dual-SIM (Nano) Xiaomi Mi 8 runs MIUI 10, and the handset sports a 6.21-inch full-HD+ (1080x2248 pixels) Samsung AMOLED display with an 18.7:9 aspect ratio, 88.5 percent screen-to-body ratio, and support for Always On display. The smartphone is powered by a Qualcomm Snapdragon 845 SoC with a claimed AnTuTu benchmark score of 301,472. It also comes with 6GB/ 8GB of LPDDR4X RAM, with 8GB RAM exclusive to the Explorer Edition. Connectivity options on the Xiaomi Mi 8 include 4G VoLTE, Wi-Fi (dual-band, 2.4GHz and 5GHz), Bluetooth 5.0, NFC, dual-band GPS (with L1/ L5 signal support, said to be the world's first phone with this feature), and USB Type-C. It bears a rear-mounted fingerprint sensor, while the Mi 8 Explorer Edition has an in-display fingerprint sensor. Other sensors on board both include accelerometer, ambient light sensor, barometer, digital compass, gyroscope, infrared, and a proximity sensor. 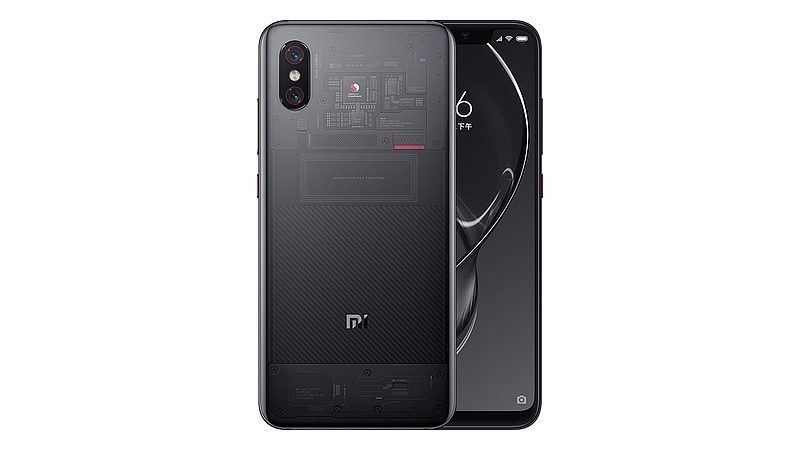 Xiaomi also unveiled its take on Apple's Animoji 3D avatars, calling them Mi Meng. Xiaomi's Mi Meng avatars can capture up to 52 facial muscle movements, and will not only imitate your expressions but also your voice.