Mi 10 will debut with a 108-megapixel main camera, as confirmed by the official render.

Mi 10 launch is just few days away. But ahead of the official launch, Xiaomi has released a render showing the design of the Mi 10. A couple of renders suggesting the differences between the Mi 10 and the superior Mi 10 Pro have also surfaced online. Price details of the Mi 10 have additionally been leaked through an unofficial channel. Separately, a Geekbench listing that appears to be of the Mi 10 Pro has surfaced on the Web. Both Mi 10-series phones by Xiaomi will come with Qualcomm Snapdragon 865 SoC and feature a curved display.

The official Mi 10 render, which has been posted on Weibo, shows its curved AMOLED display that carries a hole-punch design. The back of the smartphone flaunts a triple rear camera setup that is available along with an additional sensor and LED flash module. The camera setup highlights the 108-megapixel image sensor.

In addition to the render showing the design of the Mi 10, Samsung through its Weibo accounts has suggested that it would offer a new AMOLED panel and an ISOCELL camera sensor on the new Xiaomi flagship. The camera sensor could particularly be Samsung's ISOCELL Bright HMX sensor.

Qualcomm President Cristiano R. Amon through a video posted on Weibo has highlighted that the Mi 10 series would come with the Snapdragon 865 SoC, which means that alongside the Mi 10, the Mi 10 Pro would also have the top-of-the-line chip, as can be expected.

Separately, a tipster on Weibo has posted alleged renders suggesting the design of the Mi 10 and Mi 10 Pro. The design of the Mi 10 featured in one of the leaked renders is identical to what we can see on the offering released by Xiaomi. Additionally, the renders suggest that while the Mi 10 and Mi 10 Pro would come with an almost same design and hardware, there would be some changes on the camera front. There is an additional sensor between the second and third shooters in the rear camera setup that could be to enable an enhanced zoom. 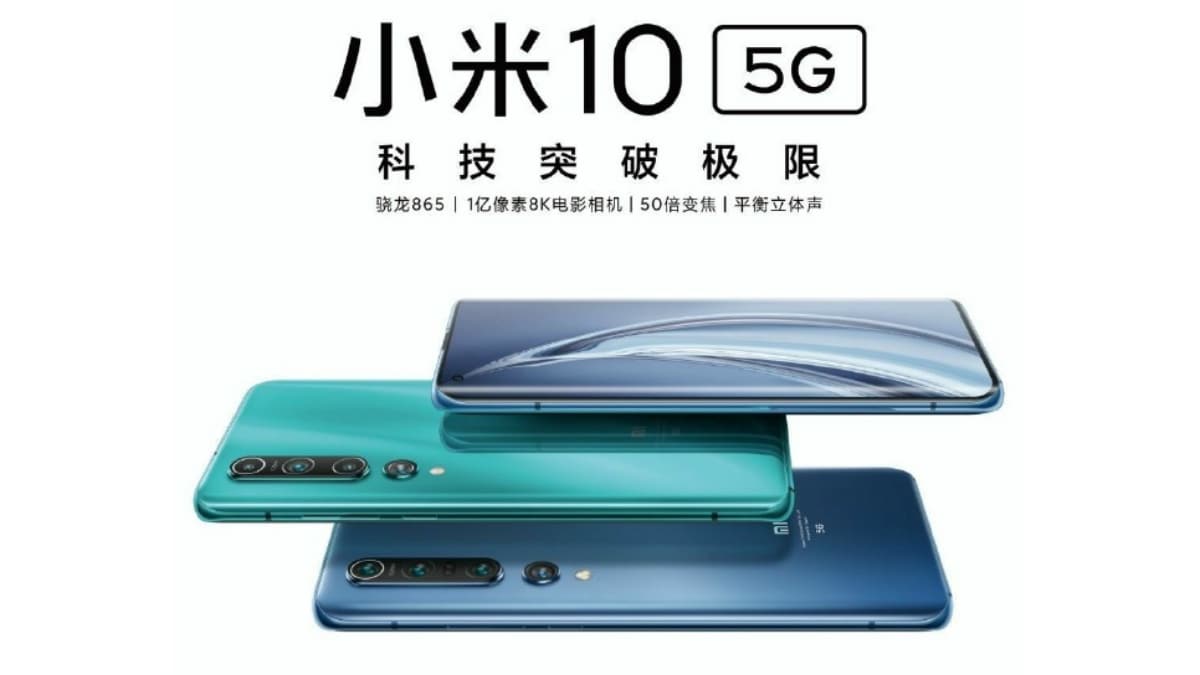 Mi 10 and Mi 10 Pro are suggested to have some key differences on the camera front
Photo Credit: Weibo

Since Xiaomi hasn't revealed the pricing of the Mi 10 officially, it would be safe to consider the leak with a grain of salt.

Additionally, a Geekbench listing has surfaced that appears to highlight key specifications of the Mi 10 Pro. The listing shows the Mi 10 Pro with 8GB of RAM, though the phone is rumoured to have up to 16GB of RAM.

The listing also shows the presence of Android 10 and an octa-core Qualcomm chip. It also highlights a single-core score of 904 and a multi-core score of 3,290. Moreover, the results have been uploaded on the Geekbench site on February 8.

To recall, Xiaomi is launching the Mi 10 through an online stream on February 13. The launch is expected to detail both the Mi 10 and Mi 10 Pro. Also, the smartphones will get a global launch on February 23 in Barcelona, just a day before the public opening of MWC 2020.