Meizu and Canonical have teamed up once again, and launched their second Ubuntu smartphone - the Meizu Pro 5 Ubuntu Edition. Canonical says the smartphone price and other availability details will be revealed at the upcoming MWC 2016. It will be up for pre-orders during the trade show.

Canonical and Meizu have collaborated before for the Meizu MX4 Ubuntu Edition. The Pro 5 Ubuntu Edition is identical to the Meizu Pro 5 smartphone that launched in September last year, except that it runs Ubuntu OS (formerly Ubuntu Touch OS) instead of Android 5.1 Lollipop.

The Meizu Pro 5 Ubuntu Edition features an all-metal body and much like some previously launched Meizu handsets, comes with a physical home button. As before, Canonical once again touts the Ubuntu Scopes UI as what would make the device stand out. Scopes, or categorised home screens, provide a unified view of content in the particular category. The firm adds that the Scopes are now more personalised and feature more interactive features. 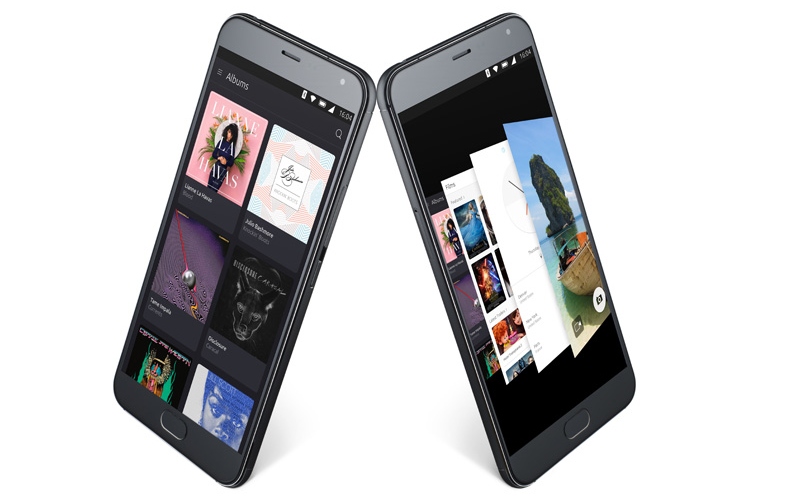 The handset features a 5.7-inch (1080x1920 pixels) re-tuned delta cool colour Amoled display with Corning Gorilla Glass 3 for protection. The display sports a pixel density of 387ppi. Under the hood, the Pro 5 Ubuntu Edition is backed by a Samsung Exynos 7420 octa-core processor (quad-core 2.1GHz Cortex-A57 + quad-core 1.5GHz Cortex-A53) coupled with 3GB LPDDR4 RAM and Mali T760 MP8 GPU. The 32GB built-in storage can be expanded via microSD card (which can be placed instead of the second SIM).

The Meizu Pro 5 Ubuntu Edition sports a 21.16-megapixel rear camera with a Sony IMX 230 CMOS sensor, f/2.2 aperture, and dual-tone flash. The rear camera comes with Blue glass filter and features burst mode, Panorama, and packs both phase detection autofocus focusing and laser focusing. There is a 5-megapixel front-facing camera also on board, with a f/2.0 aperture.

Although the Ubuntu blog post does not mention the battery capacity of the smartphone, we assume it will be same 3050mAh battery like seen in its Android variant, since all the other specifications are the same. Another highlight of the Meizu Pro 5 Ubuntu Edition is that it comes packed with USB Type-C port. It measures 156.7x78x7.5mm and weighs 168 grams.

"Our partnership with Meizu continues to result in the creation of beautifully designed hardware that perfectly complements the Ubuntu user experience. Users are always at the heart of our work together - something that brings an intuitive and rewarding experience to consumers everywhere," said Jane Silber, CEO, Canonical