Chinese phone maker Meizu on Wednesday announced its re-entry into the Indian market with the launch of three new smartphones - namely, the Meizu M6T (a rebranded variant of the Meizu 6T), the entry-level Meizu C9, and the Meizu M16th (a rebranded version of the Meizu 16). Notably, the Meizu M6T and M16th were previously unveiled in China, but the Meizu C9 has seen an unveiling for the first time at today's launch event in New Delhi. The Meizu M16th is the company's flagship premium offering, and comes with features such as an in-display fingerprint sensor, a USB Type-C port, and a 20-megapixel selfie camera. Meizu at the New Delhi launch event also unveiled two new Bluetooth-powered earphones for India.

Meizu M6T, Meizu C9, Meizu M16th price in India, availability, launch offers
Meizu M6T price in India is Rs. 7,999 for the 3GB RAM/ 32GB inbuilt storage variant in India. - it will be available in Black and Rose Gold colour variants in India. On the other hand, the Meizu C9 has been priced at Rs. 5,999 in the Indian market for the lone 2GB RAM/ 16GB storage model. The phone will be available in Black and Gold colour options. The Meizu C9 will be sold at a special limited period price of Rs. 4,999 initially on Amazon.in. Finally, the Meizu M16th price in India is set at Rs. 39,999 (introductory price) for the only 8GB RAM/ 128GB storage variant. 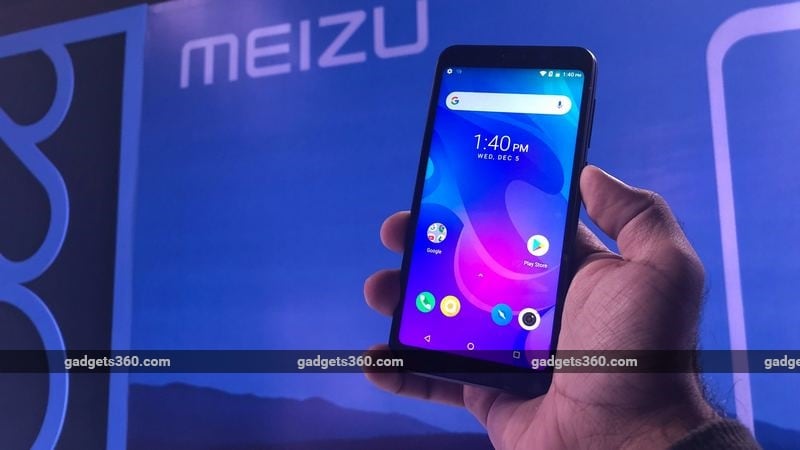 Meizu C9 has been priced at Rs. 5,999 in the Indian market for the 2GB RAM model

All of the three new Meizu phones will be sold exclusively via Amazon India. The sale of the Meizu C9 starts at 4pm IST on December 5, which is today. The Meizu M16th and Meizu M6T will go on sale soon, no timelines have been announced.

Launch offers include a Rs. 2,200 cashback and 100GB additional data on Reliance Jio's network for the Meizu M16th. The cashback remains the same for Meizu M6T and Meizu C9, while additional data is capped at 50GB each.

Meizu POP truly wireless pair of earphones were also launched in India, and have been priced at Rs. 6,999, while the EP52 Lite Bluetooth earphones sport a price tag of Rs. 1,999. Both of them will be available soon exclusively via online channels. 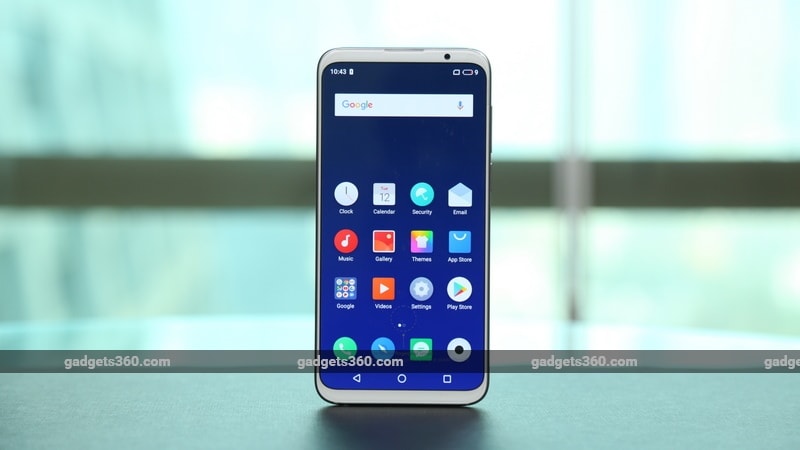 The dual-SIM (Nano) Meizu M6T also runs a version of Flyme OS on top of Android out-of-the-box. It sports a 5.7-inch HD+ (720x1440 pixels) in-cell display panel with the same 18:9 aspect ratio. The handset is powered by an octa-core MediaTek MT6750 SoC, paired with 3GB of RAM and 32GB of internal storage.

In terms of camera optics, the Meizu M6T sports a dual rear camera setup with a 13-megapixel primary sensor (f/2.2 aperture) and a 2-megapixel secondary depth sensor (f/2.0 aperture). At the front, the handset bears an 8-megapixel selfie camera with f/2.0 aperture. There is a 3,300mAh battery under the hood. It weighs 145 grams.

Next, the dual-SIM Meizu C9 runs a stock version of Android Oreo out-of-the-box, and sports a 5.45-inch HD+ display with an 18:9 aspect ratio. The handset is powered by a 1.3GHz quad-core Spreadtrum 9832E SoC, coupled with 2GB of RAM and 16GB of inbuilt storage. Storage on the phone is expandable via microSD card (up to 128GB).

In the camera department, the Meizu C9 bears a single 13-megapixel rear camera sensor with 5-element lens, f/2.2 aperture, and an LED flash. On the front, the handset gets an 8-megapixel selfie camera with f/2.2 aperture and Face Unlock capabilities. Connectivity options include 4G VoLTE, Wi-Fi, Bluetooth v4.1, GPS, GLONASS, There is a 3,000mAh battery under the hood.

In the camera department, the Meizu M16th sports a dual camera setup on the back consisting of a primary 12-megapixel Sony IMX380 sensor and a secondary 20-megapixel telephoto sensor. On the front, the smartphone bears a 20-megapixel selfie camera, which is claimed to be the "smallest 20-megapixel camera in the world".

Connectivity options on the phone include 4G VoLTE, Wi-Fi, Bluetooth v5.0 with aptX, GPS, a USB Type-C port, and a 3.5mm headphone jack. It sports an in-display fingerprint sensor with a claimed 0.25s response time. There is a 3,010mAh battery under the hood, with support for mCharge fast charging. The Meizu M16th is about 7.3mm thick.