Meizu Claims to Have Sold 2 Million Smartphones in March

Chinese handset manufacturer Meizu last week announced it had sold more than 2 million smartphones in March, following up on its earlier announcements that it had sold 1.5 million and 1 million units in January and December respectively.

The company made the announcement on its Meizu Weibo (China's equivalent of micro-blogging site Twitter) page (via Android Headlines). The firm is all set to enter the Indian market, and is expected to do so with the launch of its Meizu m1 note smartphone, which it has been teasing on its Facebook page for India. 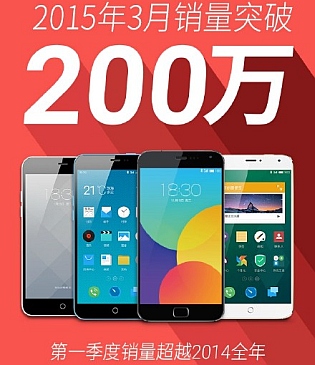 Notably, Meizu thus far has not revealed a specific time-frame for the launch of the Meizu m1 note smartphone in India - despite having held a blogger meet in Bengaluru recently to show off the smartphone in the country. The company first began teasing its imminent India launch from the middle of March, and has held several giveaway contests since on its Facebook India page.