Meet the First Phone You Can Wash With Soap 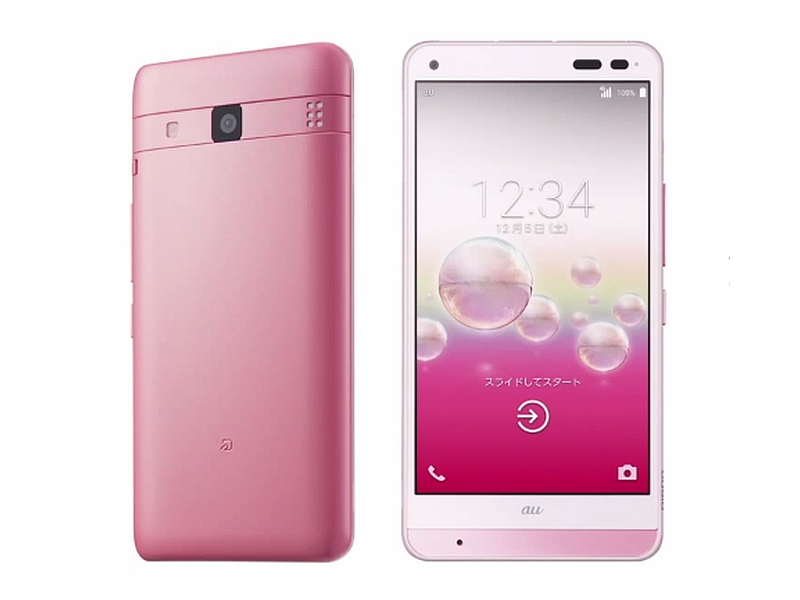 Until now, we have come across rugged and durable smartphones with features like water-resistance and shock-proofing. However, a new smartphone named Digno Rafre has now set a new standard of durability. The handset as per its creators - KDDI and Kyocera - is the first in the world that can be washed with soap.

With the feature, users of the Digno Rafre can clean the smartphone with ease. To further aid in cleaning, it is also rated for hot water resistance at 43-degrees Celsius, which is not included in the usual smartphone IP certification ratings. The smartphone is IP58-rated and features a self-healing rear panel, which we have already seen in LG G Flex smartphones.

It is also shockproof (MIL-STD-810G). The display can be operated even with wet hands and is protected by Dragontrail X glass coating. Available in Coral Pink, Cashmere White, and Marin Navy, the Digno Rafre will launch on December 11 in Japan priced at JPY 57,420 (roughly Rs. 32.300)

As for the specifications, the Rafre runs on Android 5.1 Lollipop out-of-the-box and features a 5-inch TFT LCD display with HD (720x1280 pixels) resolution. Under-the-hood it packs 2GB RAM as well. The processor details have not been mentioned yet. The smartphone includes a microSD card slot (up to 128GB) for expanding the 16GB inbuilt storage.

Digno Rafre houses a 13-megapixel rear camera with CMOS sensors and is backed by a 3000mAh battery, which is rated to deliver 20 hours of VoLTE talk time. It also supports 4G LTE connectivity, WiMAX plus VoLTE along with Wi-Fi 802.11 b/g/n, Bluetooth v4.1, and USB connectivity. The handset measures 71x141x10.1mm and weighs 155 grams. Full specification list should be out when the handset releases.