Nothing is known about Helio G90 chipset at this point. 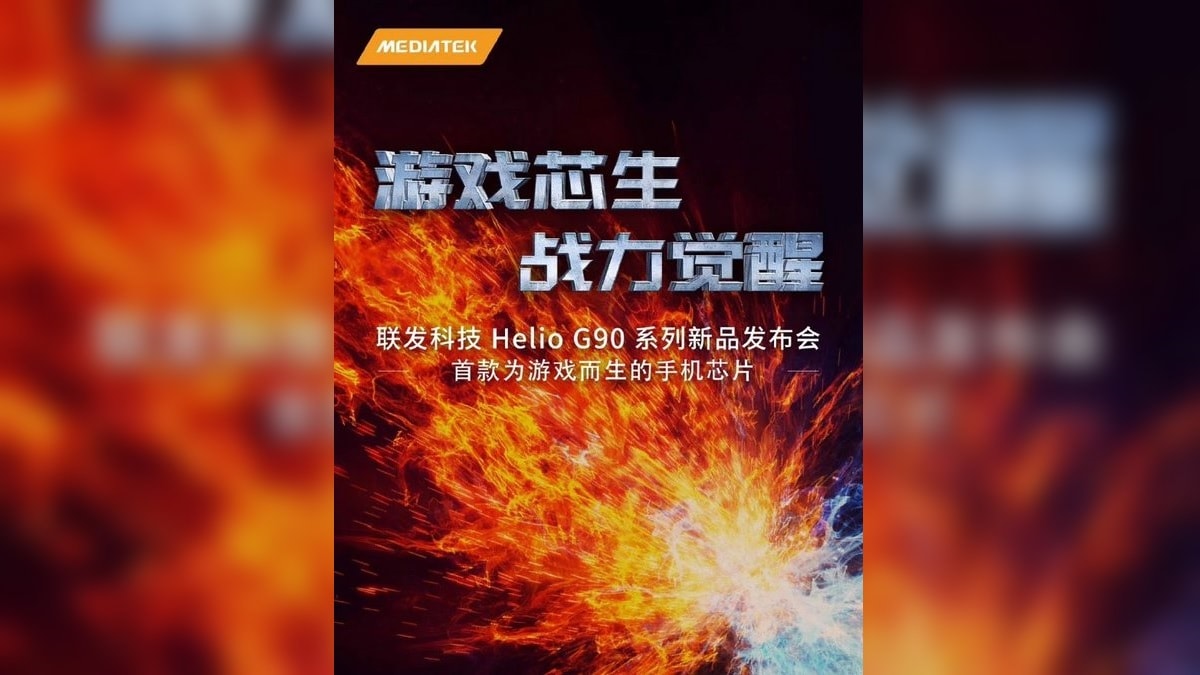 Taiwanese fabless semiconductor company MediaTek on Tuesday allowed a peek into the Helio G90 - its first dedicated gaming chipset. The teaser poster that announced its existence, did not reveal much. The full detail is expected soon. This comes just after US-based chipset making giant Qualcomm announced Snapdragon 855 Plus processor that is built for gaming and virtual reality (VR).

It would be interesting to know which of the original equipment manufacturers (OEMs) choose to go with MediaTek's new gaming chip.

Notably, Xiaomi hasn't announced a phone powered by a MediaTek chip this year.

Some other big handset makers, like Oppo and Vivo, have announced devices with MediaTek chipsets.

MediaTek had earlier announced that it it will introduce a 5G-enabled chipset in India by the end of this year to step up the competition around faster wireless data connections.

"5G is a very big focus area for us. The SoC (system-on-chip) will surely be launched by the end of the year and shipped next year," Anku Jain, Managing Director, MediaTek India, had told IANS.

"We came up with the M70 modem last year that provides 5G capabilities and it will be shipped later this year with a SoC which combines the modem and the CPU into one single chip," Jain added.