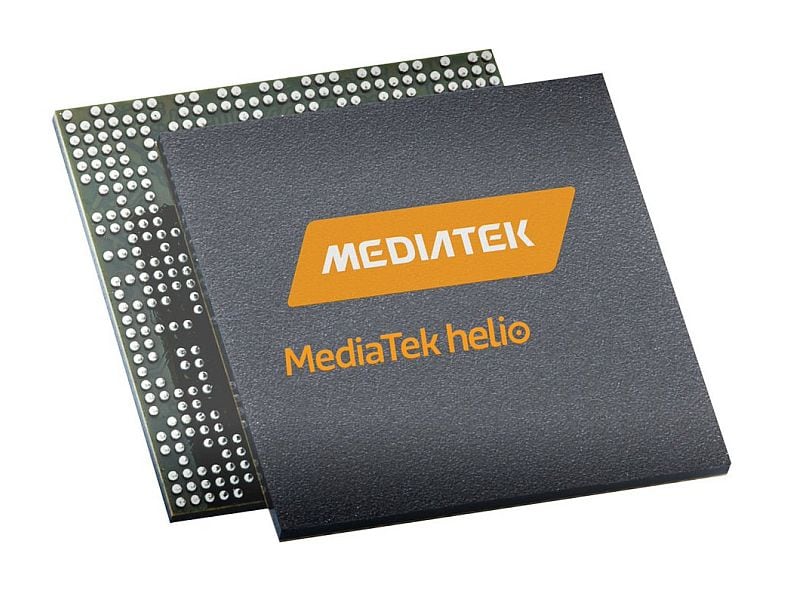 At MWC 2017 in Barcelona, chip maker MediaTek has revealed more details about its most powerful SoC yet. First announced in August last year, the MediaTak Helio X30 is manufactured using a 10nm process, and features a 64-bit deca-core Tri-Cluster setup marking a new beginning for the company and its clients. The first devices running the processor are due in the second half of the year.

This high-end chipset comes with 14-bit image signal processors (ISP) that can support two 16-megapixel cameras, and also comes with ClearZoom and Total Noise Reduction technologies for better image quality. Additionally, there's also a new Vision Processing Unit (VPU) to take the load off the CPU and GPU. The MediaTek Helio X30 supports UFS 2.1 storage, and can handle up to 8GB of LPDDR4x RAM clocked at 1866MHz.

Alongside, MediaTek also announced CorePilot 4.0 alongside, and will make it available with the Helio X30. CorePilot 4.0 claims to deliver up to 25 percent more power savings over the previous version. For those unaware, CorePilot brings in intelligent handling of various tasks and UX on a device to balance out processing power and battery life.

"Just like your heart automatically reacts to numerous tasks your body is doing, CorePilot 4.0 automatically directs power where and when it's needed to maintain efficiency. Consumers today demand extreme performance from their smartphones, on top of a long battery life. CorePilot 4.0 perfectly balances power and efficiency, and adapts to users' computing patterns to manage power consumption," Jeffrey Ju, Executive Vice President and Co-COO of MediaTek said in a statement.

With the Tri-Cluster processing architecture, UX Monitoring, System Power Allocator (SPA), and intelligent task scheduling, CorePilot 4.0 claims to optimise energy efficiency and thermal management. There is no word on which smartphone will integrate the MediaTek Helio X30 first, but details on that should arrive in the coming months.

Nubia N1 lite Smartphone Launched at MWC 2017
Nokia 3, Nokia 5, Nokia 6 to Launch With 'Made in India' Tag in June: Report