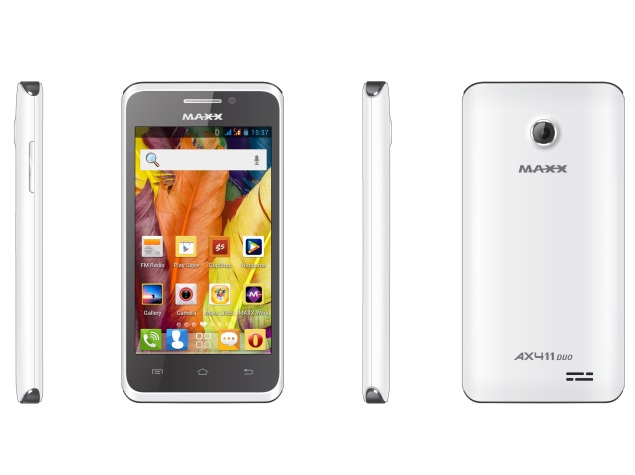 Maxx Mobile has launched its latest smartphone, the AX411 Duo, at Rs. 3,999 for the Indian market.

The smartphone sports a 2-megapixel rear camera, while there is a 0.3 megapixel front-facing camera as well. The AX411 Duo handset comes with 4GB of inbuilt storage that can be expanded via microSD card (up to 32GB).

The AX411 Duo supports Wi-Fi 802.11 b/g/n, Bluetooth 2.1, Micro-USB, AGPS and EDGE/GPRS connectivity. It is backed by a 1200mAh battery, which according to the company delivers up to 5 hours of talktime and up to 200 hours of standby time.

Earlier, Maxx Mobile launched 26 cellphones, on the occasion of Republic Day. Of the 26 mobiles launch, 19 were feature phones, and seven were budget Android smartphones. The devices were priced between Rs. 1,100 and Rs. 7,777.