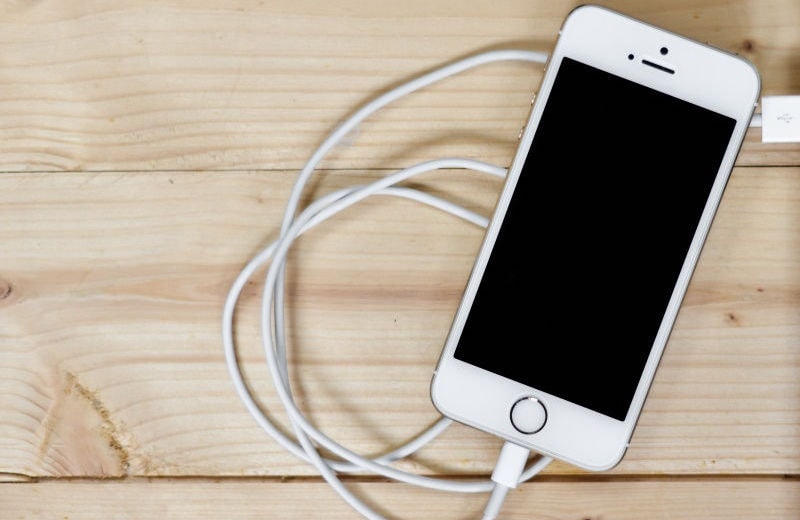 When Wiley Day fell asleep on March 22, his iPhone was not far away. Like so many others, he had grown used to keeping his phone with him in bed, via an extension cord, as it charged overnight.

The 32-year-old Huntsville, Alabama, man would soon regret that habit.

The next morning, Day woke up and rolled over. As he did so, a dog-tag necklace that he was wearing happened to catch on the exposed prongs of the charger head, which had come loose from the extension cord.

The metal chain suddenly became a conductor for the electricity - and it traveled straight to Day's neck.

The jolt he felt was "the eeriest, darkest, most demonic thing you could ever experience," Day told The Washington Post on Friday. "I don't have enough adjectives to describe it."

Day said he was thrown from his bed to the ground. In a matter of moments, he stopped feeling anything.

"Your body is numb at that point," he said. "I guess people would think it would be burning, but in my case I felt a whole lot of pressure around my neck."

Day's eyesight started to fade, and he felt as if he were trying to see out of a peephole, with everything rendered in black and gray, he remembered.

He became acutely aware of his heartbeat, which thundered in his ear.

Day remembered shouting for his relatives, who slept on the other side of the home, until his adult niece came running into the room.

Somehow, he said, he managed to yank the necklace and pull it off.

"She said I kept yelling 'Jesus!' " Day said, referring to his niece. "When I came to and figured out what happened, I literally stood straight up, and I said, 'Oh my God, I think I just got electrocuted.' "

His niece alerted him to a sign of what had happened: There was smoke coming out of the extension cord.

Day's shirt was singed, with a small hole burned out. There were strips of skin and flesh missing where the metal chain had scorched his neck. And the pattern of the necklace was burned into parts of his hands where he had gripped the chain to try to tear it off.

"Had I not pulled that necklace off when I did ..." Day said. "I just believe that God spared my life, and that's what happened."

He rushed to see his doctor, who admitted him into a hospital immediately. Doctors determined that Day had suffered second- and third-degree burns to his hands and neck.

Benjamin Fail, a Huntsville physician, told WAAY News that 100 volts of electricity can kill a person. He estimated that Day had been hit with about 110 volts. "He is lucky to be alive," Fail told the station. "Electrocution kills."

Fail did not respond to The Washington Post's request for comment.

After three days in the hospital, Day was released.

According to the American Burn Association, there are, on average, 400 electrocution deaths and 4,400 injuries caused electrical hazards each year in the United States. Though the majority of those deaths and injuries occur in the workplace, the group recommends taking precautions when using appliances and other electrical devices at home - including extension cords.

"Hot plugs and sockets are often caused by deteriorated connections to the cord wires," the group says on its website. "Many older cords are made with small wire that can overheat easily. Check the temperature of extension cords when they are in use. If they are hot to the touch, disconnect the appliance."

Extension cords are the cause of about 4,700 residential fires each year, resulting in about 50 deaths and 280 injuries annually, according to the group, which cited statistics from the US Consumer Product Safety Commission.

The commission recommends throwing away old extension cords that don't have safety features such as polarized blades, a large plug face and safety closures.

Though doctors told Day that he had suffered a freak accident, and it took several days before he could return to sleeping in the room where the accident happened. "If you've ever seen that show '1000 Ways to Die,' that's kind how this situation was," he said.

Still, he wanted to share his story to let others know of the possible dangers of charging electronics in bed. At the middle school where he works as a behavior specialist, Day has seen firsthand how his students "cannot part from those phones."

But even in the last week, he said, adults have been reaching out to him to admit that they, too, sleep next to their charging phones.

"I found out most people were using extension cords because they were still on their devices in bed," Day said. "I mean, it's sad but true."

Day has since started charging his iPhone in the kitchen - far away from his bedroom.

"From my experience to others, it is not worth your life charging your electronics in bed. I mean, it's not worth it," he said. "I wouldn't wish what happened to me on my worst enemy."

Overwatch, Starcraft, Diablo, and World of Warcraft Will Be Available in India Officially