The dual-SIM (regular SIM + Micro-SIM) supporting Lyf Flame 2 smartphone features a 4-inch WVGA (480x800 pixels) display with a pixel density of 245ppi and runs Android 5.1 Lollipop out-of-the-box. The company says both SIM slots are 4G enabled; though, at one time only one SIM can use 4G while the other will work on 2G. The handset is powered by a 1GHz quad-core MediaTek MT6735M SoC clubbed with 1GB of RAM. It packs 8GB of inbuilt storage and supports expandable storage via microSD card (up to 32GB). It runs Android 5.1 Lollipop.

The Lyf Flame 2 sports a 5-megapixel autofocus rear camera with LED flash along with a 2-megapixel front-facing camera. Some of the camera features on the Lyf Flame 2 include face detection, and smile detection modes. Connectivity options include GPRS/ EDGE, 3G, GPS, Bluetooth, Wi-Fi, and Micro-USB. 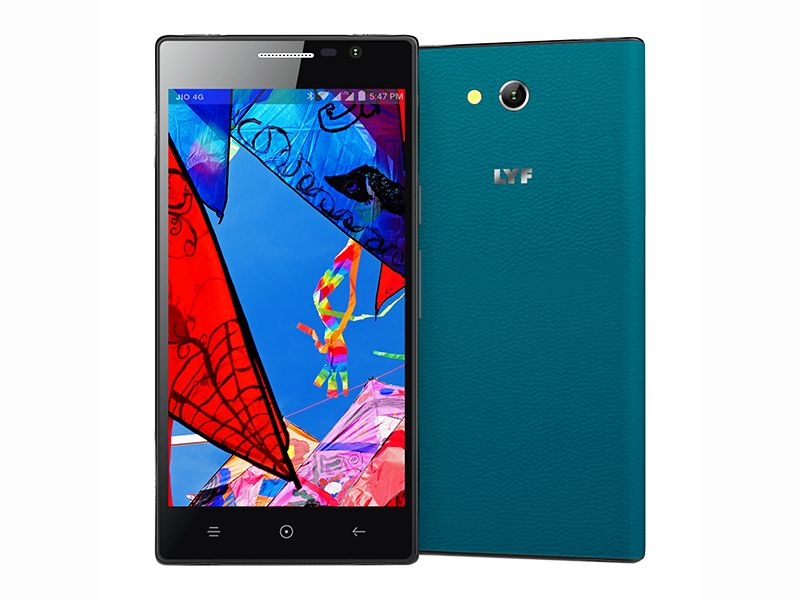 The dual-SIM (Micro-SIM + Micro-SIM) Lyf Wind 4 (seen above) sports a bigger 5-inch HD (720x1280 pixels) IPS LCD display and also runs Android 5.1 Lollipop. Much like the Flame 2, the Wind 4 smartphone supports 4G on one SIM at a time. The smartphone is powered by 1.1GHz Qualcomm Snapdragon 210 (MSM8909) processor coupled with 1GB of RAM. It sports an 8-megapixel autofocus rear camera with LED flash and a 2-megapixel fixed-focus front camera.

Connectivity options include GPRS/ EDGE, 3G, GPS, Bluetooth, Wi-Fi, and Micro-USB apart from 4G. The handset measures 144x72x8.9mm and weighs 146 grams. The Lyf Wind 4 is backed by a 4000mAh battery, which is rated to deliver up to 28 hours of talk time and up to 630 hours of standby time.