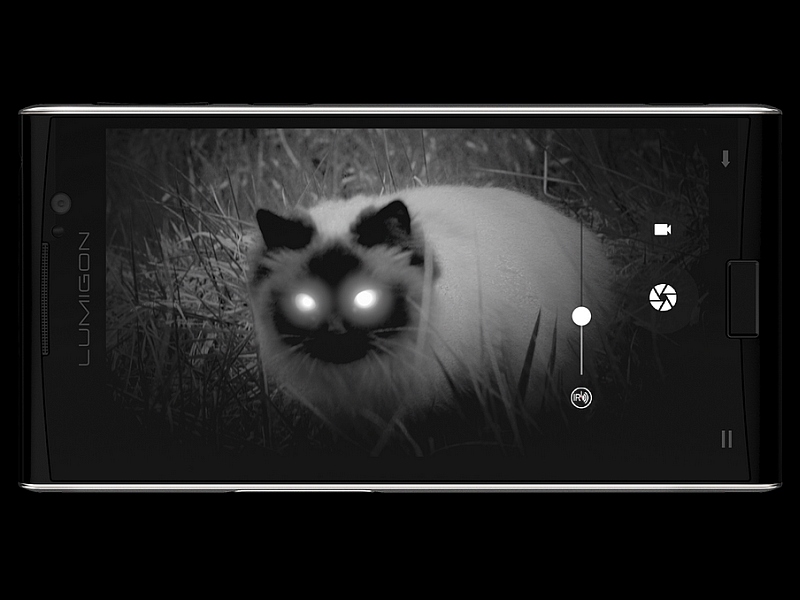 Danish manufacturer Lumigon on Monday launched its T3 smartphone, priced at $740 (roughly Rs. 50,000) in the US, and EUR 645 in Europe, exclusive of taxes. The smartphone is available via the company's site and select retailers in Black, Orange, and White colour variants. Featuring a 'marine-grade 316 stainless steel' body, the dust and water resistant smartphone will also be available in a 24-karat gold variant, which is priced at $1,200 (roughly Rs. 80,000) for the Black Gold model. A diamond encrusted model is also due.

The highlight of the Lumigon T3 is its 4-megapixel night vision camera with dual Infrared flash - and it is said to be the first smartphone with a night vision camera. To be specific, it uses the IR LED modules to illuminate even pitch-black scenes. The Android 6.0 Marshmallow-based smartphone sports a 4.8-inch HD (720x1280 pixels) Super Amoled display with Corning Gorilla Glass 4 protection, and the company is also touting a 'BackTouch' touch panel on the rear side of the smartphone. Other highlights are support for high-quality audio playback (24-bit/ 192KHz), noise cancellation, and the presence stereo speakers.

The Lumigon T3 is powered by a 2.2GHz octa-core MediaTek Helio X10 SoC, coupled with 3GB of RAM. It bears 128GB of inbuilt storage, and support for dual Nano-SIM cards. It features a 13-megapixel rear camera with PDAF, dual tone flash, and 4K video recording, apart from a 5-megapixel front camera with front flash and 2K video recording.

The T3 weighs in at 145 grams, and measures 137x69x7.9mm. Sensors onboard include an accelerometer, ambient light sensor, compass, gyroscope, GPS, and temperature/height sensor. The company is touting a high-capacity Li-ion battery, but hasn't detailed the exact size. It does support MediaTek's Pump Express fast charging standard however.