LG X4 has been launched in South Korea, and it is the successor to last year's model with the same name, thus, the new model is now being referred to as the LG X4 (2019). The new LG X-series smartphone is aimed at audiophiles, thanks to the support for Hi-Fi Quad DAC to provide the best music listening experience. The LG X4 (2019) marks the arrival of an audio feature that has so far been limited to LG's high-end smartphones, with the four DACs helping the new LG phone play 32-bit audio files at 192 KHz. The LG X4 (2019) comes with a MIL-STD 810G-certified build and packs a 16-megapixel rear camera backed by multiple AI features. The phone succeeds the LG X4 which was launched in April 2018.

The LG X4 (2019) appears to be a Korea-specific variant of the LG K12+, which in turn shares similar specifications with the LG K40 that was launched earlier this year. The only difference in the specifications between the LG X4 (2019) and the LG K12+ appears to be the RAM, with the former having 2GB of RAM and the latter packing 3GB of RAM. As per a report from South Korea-based TheElec, the LG X4 carries a price tag of KRW 297,000 (roughly Rs. 18,000) and will be available from local carriers starting April 26. However, there is no word from LG regarding the new smartphone's availability in other markets like India. 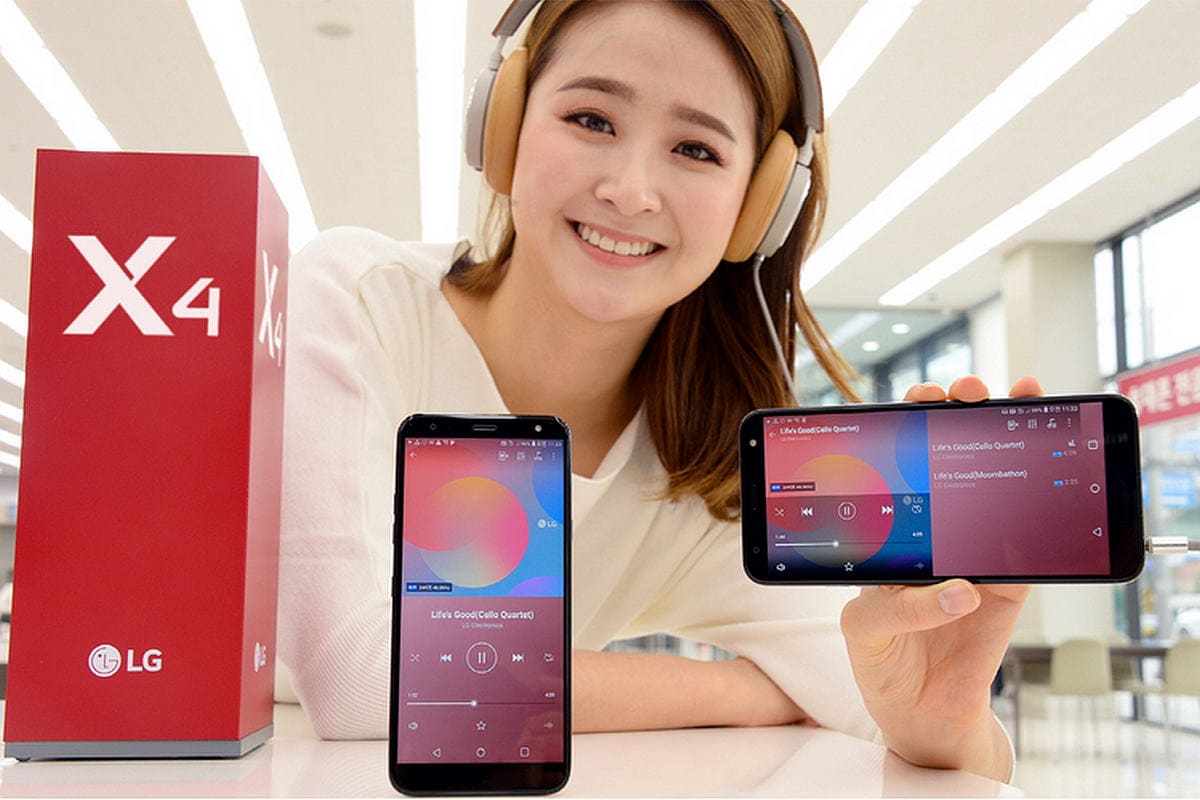 LG X4 2019 price in India has not been revealed

The dual-SIM (Nano) LG X4 (2019) boots Android 8.1 Oreo and comes equipped with a 5.7-inch HD+ (720x1440 pixels) display with 18:9 aspect ratio. Under the hood, it draws power from the octa-core MediaTek Helio P22 (MT6762) SoC, paired with 2GB of RAM. The key-selling point of the phone is the support for Hi-Fi Quad DAC for superior music listening experience. There is also support for DTS:X support (7.1 channels) that is claimed to deliver a stereophonic audio experience with headphones.

In the imaging department, the LG X4 packs a 16-megapixel primary rear camera backed by features such as PDAF, AI Camera, and Time Helper among others. On the front is an 8-megapixel selfie snapper with an f/2.0 aperture that is also assisted by a front flash. The device has 32GB of onboard storage.

The LG X4 (2019) packs a 3,000mAh battery and comes in New Platinum Gray and New Aurora Black colour options. The dimensions of the new LG phone are 153.0 x 71.9 x 145 grams and it tips the scales at 145 grams. There is a rear-mounted fingerprint sensor for authentication as well onboard.