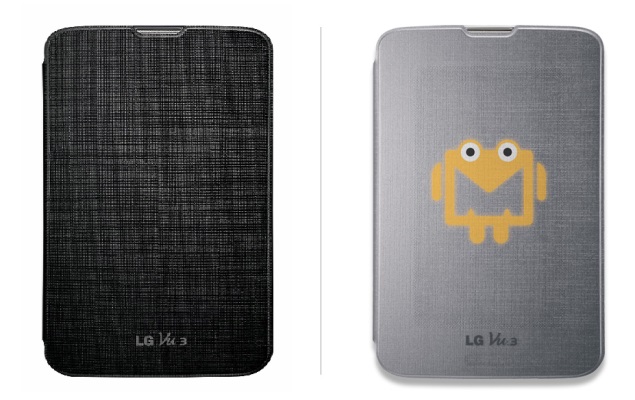 LG's flagship smartphone, the G2 was announced in August and is barely out of the door as the device is yet to hit major markets. Now based on a report, it appears LG is working on the successor to its not so popular Optimus Vu, the Vu 3.

A Korean report, first picked by Techkiddy notes that the South Korean major will officially announce the LG Vu 3 at the end of September while the device will be released in October.

The rumoured upcoming phablet from LG will reportedly offer 5.2-inch display with a resolution of 960x1280 pixels with an aspect ratio of 4:3. The Vu 3 is said to be powered by a Snapdragon 800 processor and would likely sport a 13-megapixel rear camera.

The site also notes three Korean variants of the device that include - f300k for KT Telecom, f300l for LGU+ telecom and f300s for SK telecom.

Additionally, the company has teased few images of the QuickView cases for the yet to be announced LG Vu 3. The images reveal that the new cases for the LG Vu 3 will come in two colour variants- Black and Grey. However, there is no word about the possible roll out of the LG Vu 3 in other markets like India.

Earlier, the company rolled out QuickWindow cases for the LG G2 ahead of its official launch.

Meanwhile, LG had announced earlier that all its future smartphones with a 4:3 display will be rebranded as 'Vu', as the company got rid of the Optimus branding from its devices including smartphones and tablets.