LG G9 is seen to sport a quad rear camera setup placed horizontally in the upper centre portion of the panel. At the bottom edge, the phone sports a USB Type-C port, a speaker grille, and a 3.5mm audio jack. 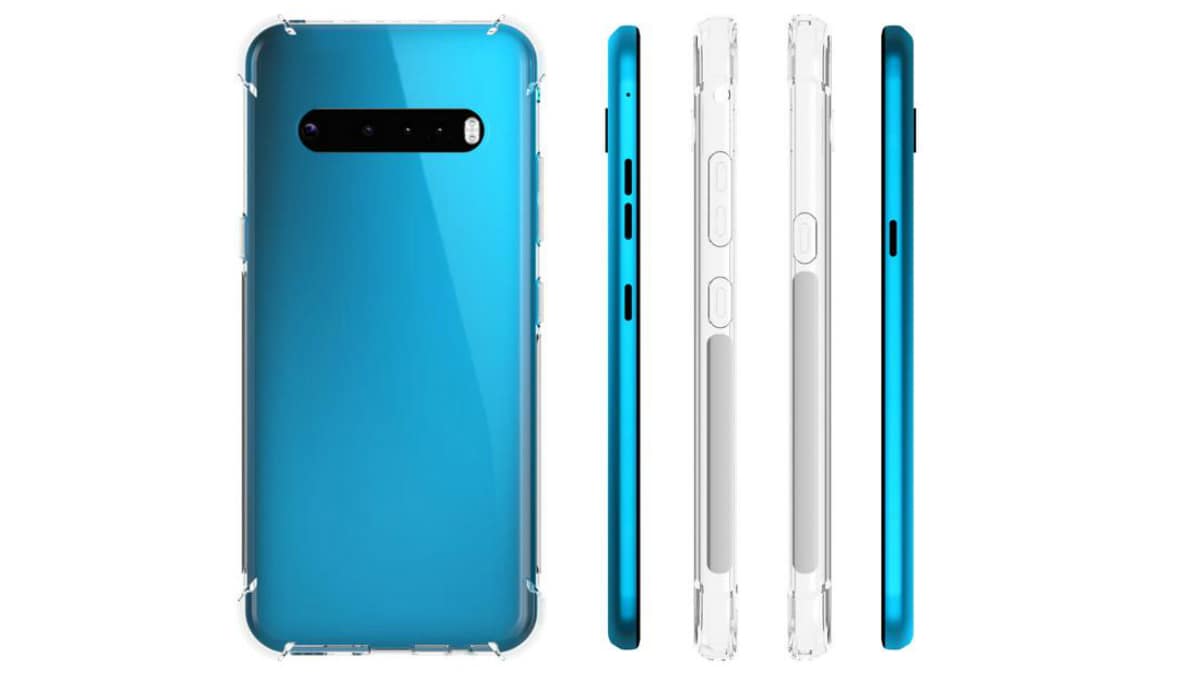 The upcoming LG G9 or the LG G9 ThinQ phone has been leaked in case renders, revealing key design details. The renders tip that the phone will sport a horizontal quad camera setup at the back, and a 3.5mm audio jack at the bottom. Separately back panel photos of the LG V60 ThinQ have also been leaked showing a similar back camera cut out as the LG G9. The phone should also integrate multiple back cameras, and there's no rear fingerprint sensor in sight on both the phones. This suggests that the LG G9 and the LG V60 ThinQ both could be equipped with an on-screen fingerprint sensor.

Slashleaks has leaked case renders of the LG G9 showing off the smartphone design. The phone is seen to sport a quad rear camera setup placed horizontally in the upper centre portion of the panel. At the bottom edge, the phone sports a USB Type-C port, a speaker grille, and a 3.5mm audio jack. The volume rockers are seen on the left edge, while the power button is seen residing on the right edge of the screen. LG G9 is seen to sport a third physical button, probably for triggering Google Assistant. There's no sight of the fingerprint sensor at the back or at the edges, suggesting that it may be integrated inside the display. The LG G9 should come in a blue gradient finish, but more colour options are expected to arrive at launch.

These case renders are in line with what has leaked in the past, and the phone is also expected to sport a waterdrop-style notch up front. The LG G9 is also reported to pack a display that will measure between 6.7-inch and 6.9-inch.

LG V60 ThinQ has a similar back camera cut out as the LG G9
Photo Credit: SlashLeaks

Coming to the LG V60 ThinQ, the back panel images have also been leaked via Slashleaks and it shows the phones rear design. It seems to have an identical rear camera cut out as the LG G9, hinting at a quad camera setup at the back. The phone should also sport an in-display fingerprint sensor, given that no cut out for the sensor is seen at the back. The back panels have leaked in Blue, Black, and White finishes – hinting at these three colour options being made available at the least. Apart from this, little else can be decoded from the recent leak.

A recent report suggests that the LG V60 ThinQ will launch at MWC 2020 next month, and will come with 5G and dual screen accessory support .It is reported to be one of the first phones to be powered by the Snapdragon 865 SoC.