The LG V60 ThinQ 5G will be made available in North America, Europe and Asia starting next month.

LG V60 ThinQ 5G has launched and it arrives with an upgraded dual screen, larger battery, and the Snapdragon 865 processor. This successor to the LG V50 ThinQ 5G comes with a better display, and a better processor, among other things. The phone is equipped with a larger 5,000mAh battery, and runs on the latest Android 10 software. The additional LG Dual Screen accessory attaches itself to the phone via the USB Type-C port to give users more screen real estate and multitasking, whenever required. Camera features include 8K video recording.

The LG V60 ThinQ 5G will be available in North America, Europe and Asia starting next month. Pricing and availability of the phone in each market will be announced locally, and it will go on sale in Classy Blue and Classy White colour options.

The new LG phone has a waterdrop-style notch up front, a triple rear camera setup at the back with the sensors positioned horizontally. The USB Type-C port, the speaker grille, and the 3.5mm audio jack are placed at the bottom of the screen. Coming to the specifications, the LG V60 ThinQ 5G runs on Android 10, and features a 6.8-inch full-HD+ (1080x2460 pixels) Plastic OLED display with 395ppi pixel density, HDR10+ support, and 20.5:9 aspect ratio. It is powered by the Snapdragon 865 SoC paired with 8GB RAM and 256GB on board storaage. The storage is further expandable using a microSD card (up to 2TB). 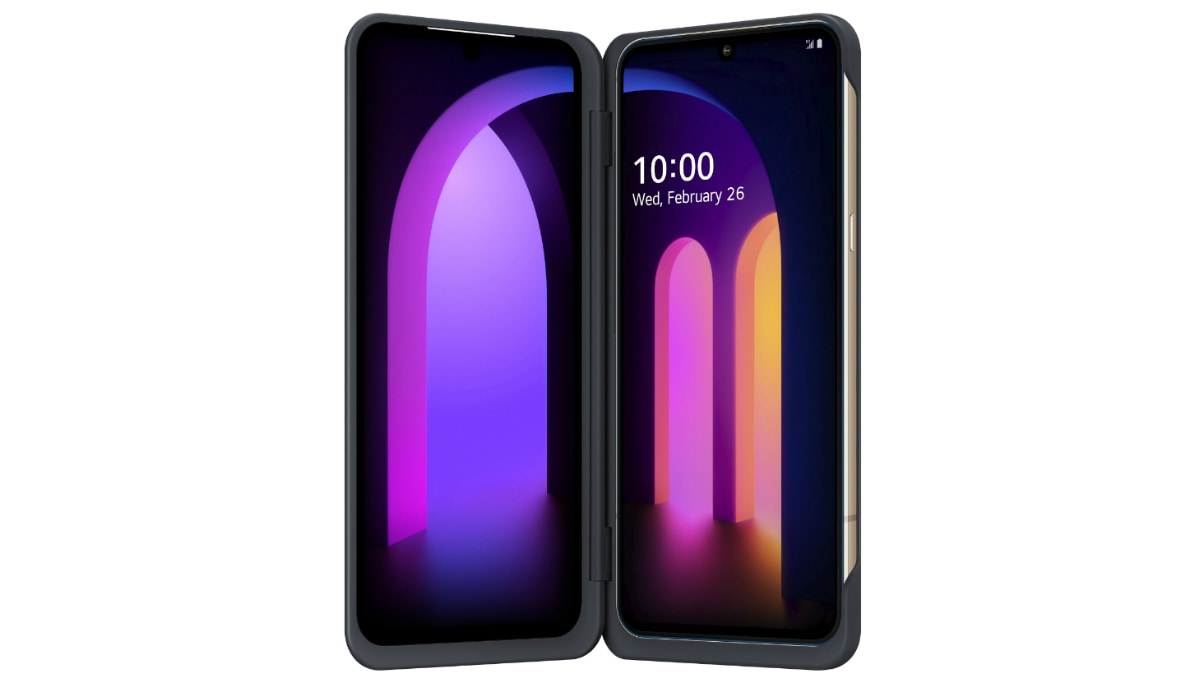 The detachable LG Dual Screen also has the same 6.8-inch full-HD+ (1080x2460 pixels) POLED display with 20.5:9 aspect ratio and 395ppi pixel density. There's also a 2.1-inch monochromatic cover display at the back of this dual screen that shows notifications and time. The screen can be attached to the phone via a USB Type-C port, and there's a 360 degree freestop hinge to rotate the two screens in different modes – tent, flat, 90 degrees, and more. This LG Dual Screen comes in Black and White colour options.