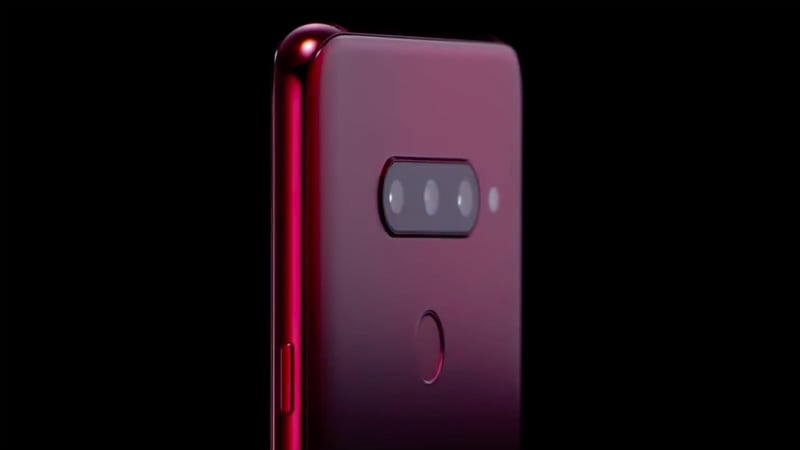 LG V40 ThinQ, the latest flagship phablet, has been announced by the South Korean electronics giant on Thursday. This announcement comes just days before the official launch event scheduled for October 3 in New York, followed by a launch in Seoul, South Korea the next day. Consistent with the leaks, the LG V40 ThinQ flagship sports three camera sensors at the back and two on the front. LG has also announced that the V40 ThinQ will sport a large 6.4-inch display with an unknown resolution and aspect ratio.

The company has also confirmed that the LG V40 ThinQ will be launched in Carmine Red, Moroccan Blue, and Platinum Grey colour options. Apart from that, a teaser trailer posted by LG Korea shows off a rear-mounted fingerprint sensor on the smartphone. No other specifications or design elements have been revealed by the brand yet, and are expected to be showcased at the event next month. Pricing and availability details have also not been announced yet.

A report from July suggests that the triple camera setup at the back will sport 20-megapixel, 16-megapixel, and 13-megapixel sensors. One of them will come with the primary lens, one with a wide-angle lens, and the third with a telephoto lens. The two selfie camera sensors are expected to enable 3D face recognition on the handset. The two selfie cameras will also aid bokeh shots.

While not confirmed yet, the 6.4-inch display of the LG V40 ThinQ is expected to borrow the notch from the LG G7 ThinQ, and get a superior 90 percent screen-to-body ratio. Additionally, it is expected to retain the Qualcomm Snapdragon 845 SoC, 6GB/ 8GB of RAM, a dedicated Google Assistant hardware button, and LG's proprietary Quad DAC audio technology. As for software, the phone might run Android 9.0 Pie out-of-the-box.