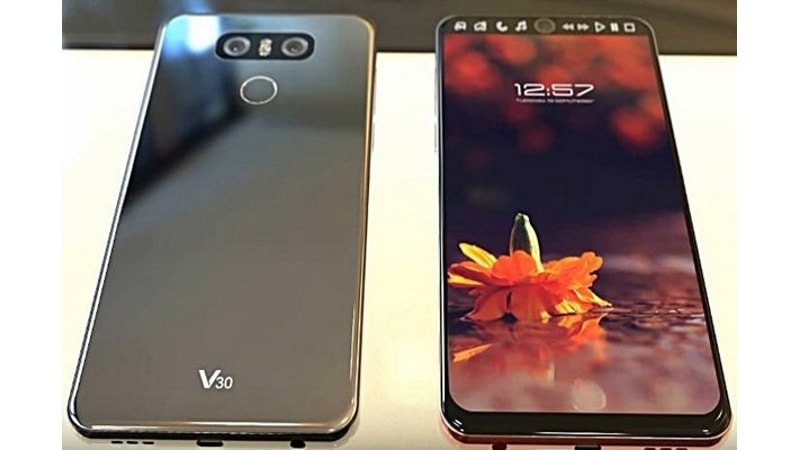 Last month, leaked LG V30 mockups suggested that the smartphone could possibly feature a secondary slide-out display and now the handset has been tipped to launch in September this year. The LG V30 will reportedly be unveiled right ahead of IFA 2017 event, which will kick off in Berlin on September 1.

According to a report by South Korean news website ETNews, for the first time for a handset in its V-Series, LG will be launching the V30 smartphone ahead of IFA 2017 event in Germany. Apart from this, LG is also planning to hold pre-order sales for V30 in South Korea, which will also be a first for any phone from V-Series, in an attempt to promote V30, as per the report.

LG has been tipped to hold pre-order sales for "about a week or two" via three South Korean mobile network providers after the launch event of V30. ETNews has suggested that the smartphone will be officially released in South Korea during September. Notably, the report has not mentioned whether there will be pre-order sales for other markets as well.

The South Korean news website says that LG V30 is expected to be priced by the company around "latter end of KRW 800,000 (roughly Rs. 45,200)." As per the report, LG V30 comes with a near bezel-less design just like the company's current flagship LG G6 and will feature a dual-camera setup at the back just like its predecessor LG V20. The smartphone has been suggested to house a 3200mAh battery as well. It has been tipped to be powered by Qualcomm Snapdragon 835 SoC and come with IP68 water and dust resistance rating.

In audio department, LG V30 has been suggested to come with ESS' new Quad DAC, which should allow it to deliver impressive performance. Notably, the phone has been tipped to retain the 3.5mm audio jack as well. Finally, LG V30 is expected to be offered in 32GB, 64GB, and 128GB storage options.

To recall, LG has previously been tipped to use OLED display on LG V30 and "old-ish" mockups have suggested that the early designs of the smartphone included a slide-out secondary display as well.

As these are just leaks, we would advise you to take this information with a pinch of salt on the side and wait for the official information from the company.

Apple Weighs Down on Clone and Spam Apps on the App Store: Report