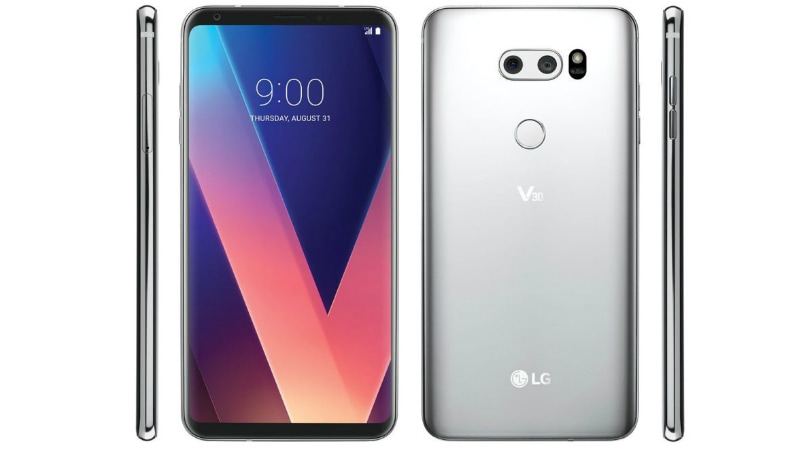 LG has been teasing us about the features on its upcoming V30 flagship smartphone for quite some time and continuing the same trend, the company has now shared some of the audio capabilities offered by the handset. Interestingly, the company says that the LG V30 will come with more customisable audio options in comparison with predecessor model LG V20, which already came with some impressive audio capabilities.

"The digital filters, normally only available in expensive digital audio players, improves the pre- and post-ringing of the impulse response with filters that can be customised to personal tastes," the company said in its release. Coming to the sound presets, LG says that its engineers studied the characteristics of popular tones and identified the best combination of sounds to create four optimal pre-programmed settings, i.e., enhanced, detailed, live and bass.

Due to the partnership with MQA, LG says that the V30 smartphone offers high-resolution audio streaming. Further, the HD Audio Recorder on the V30 allows the handset to use the audio receiver of the phone simultaneously with the microphone (Receiver-as-a-Mic or RAM).

"The RAM can record loud sounds clearly, so the LG V30 can record a wider dynamic range of sounds, from a whisper to a thunderstorm, without distortion," the company said in its release. Additionally, LG has announced that it will continue its partnership with B&O PLAY, and offer the earphones by the latter bundled with each unit of the handset.

The LG V30 will be unveiled by the company on August 31 and although we have seen the design and other features leaked, it would be still wise to wait till official announcement for any confirmation.