LG Unveils the Optimus X2 and Optimus Black in India 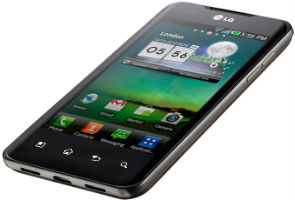 Highlights
LG has unveiled the Optimus X2 in India and the device will be available on store shelves by the end of April 2011 for Rs. 30,000. The Optimus X2 is one of the first devices to launch in India that boasts of a dual core 1GHz NVIDIA Tegra 2 processor. It runs Android 2.2 and can be upgraded to Android 2.3 Gingerbread.

It will compete with the Samsung Nexus S and the Sony Ericsson Xperia Arc in the high-end Android smartphone market.

The X2 has a 4-inch WVGA display, 8GB of internal storage expandable up to 32GB via a micro SD card, an 8MP rear camera with 1080p MPEG-4/H.264 playback and recording, a 1.3MP front facing camera and a HDMI out.

LG has also unveiled the LG Optimus Black for Rs. 27,000. The Optimus Black has a 4-inch IPS LCD display with a 480 x 800 resolution. The device has 2 GB of internal storage expandable up to 32GB via micro SD card. It has a 5MP autofocus camera at the back and a 2MP front facing camera.

Both the LG Optimus X2 and the Optimus Black are aimed at the high-end consumer market. With the 3G revolution hitting India, LG has plans to launch 10 3G enabled smartphones during the course of 2011.
Comments