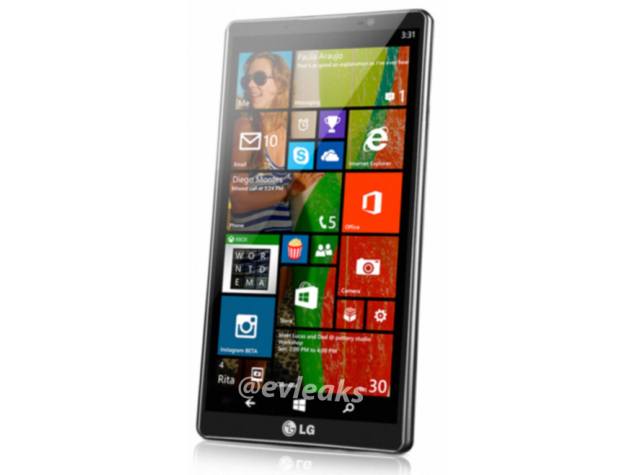 LG, which was one of first Windows Phone partners before stopping to produce smartphones for the platform in 2010, is reportedly once again making a Windows Phone device, this time running Windows Phone 8.1.

The famous tipster @evleaks on Monday tweeted a render image of the big-screen Windows Phone said to be dubbed LG Uni8.

While the tweet suggested that it is likely to be launched in 2014, the Engadget team on Tuesday reported that it has "received a denial from the folks over at LG, who have said that this isn't a phone that we're going to see released this year." This would imply that LG has no Window Phone devices lined-up for 2014.

The alleged LG Uni8 may be the company's first Windows Phone 8 device, and when launched, it will mark LG's re-entry into the Windows Phone market that it left in 2010.

The Samsung Ativ SE features a 5-inch full-HD AMOLED display with pixel density of roughly 440ppi, and a Gorilla Corning Glass 3 screen. The handset is powered by an unspecified 2.3GHz quad-core processor (presumably a Qualcomm Snapdragon 800) paired with 2GB of RAM. The Samsung Ativ SE includes a 13-megapixel autofocus camera with flash and can record full-HD (1080p) videos along with a 2-megapixel front-facing camera.
Comments