Share on Facebook Tweet Snapchat Share Reddit Email Comment
LG on Tuesday announced that it will be bringing the recently introduced UX features from its G3 flagship to most of its entry and mid-level smartphones and tablets launched in the second half of this year, in an effort to provide a 'consistent and uniform user experience across its entire mobile product lineup.'

Boasting of the acclaim and awards the G3's UX has won, LG in a statement detailed which of the features introduced in the flagship smartphone will make it to the company's entry and mid-level smartphones, starting with a standardised camera app that with a simplified layout will only show the most frequently used menus. 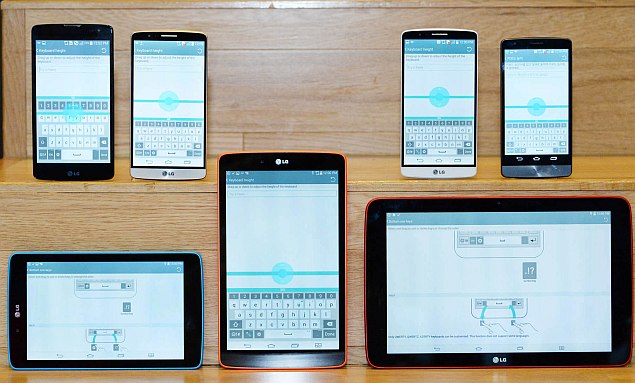 Another LG G3 UX feature that will be standardised is the Smart Keyboard, which the company claims reduces input error by up to 75 percent by analysing and adapting to typing habits. Other features of the Smart Keyboard include easy resizing and key customisation, word suggestions, and cursor repositioning directly from the keyboard. The company recently introduced other Smart Keyboard features, such as Bilingual Word Suggestion, and Real-time Path Input.

Dr. Jong-seok Park, President and CEO of LG Electronics Mobile Communications Company, explained the move, saying, "With the basic principles of the G3's UX features rooted in making complex technologies simple and convenient, our goal was to provide consumers with a user experience they genuinely need and want. Standardizing these features across our entry- and mid-tier mobile products is just a natural extension of our desire to make every LG device feel premium and unique."