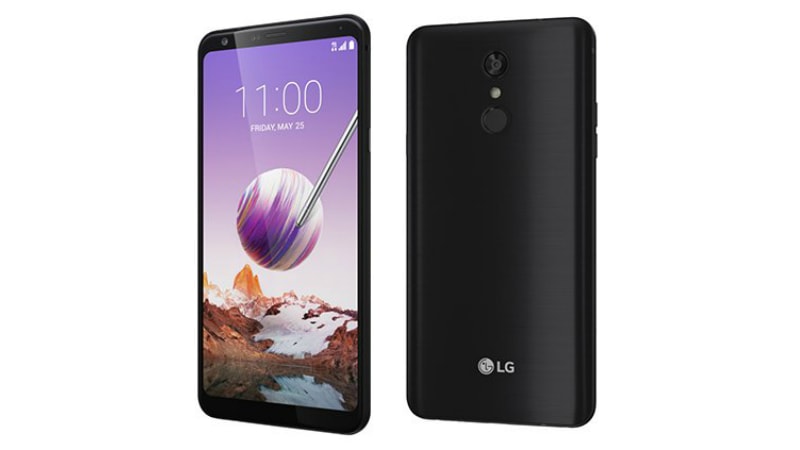 LG Stylo 4 has been launched in the US. The new smartphone, which comes as a successor to the LG Stylo 3 Plus that debuted in May last year, is available for purchase via MetroPCS. It comes with a built-in stylus pen and has preloaded features such as Screen off Memo and GIF Capture. The smartphone is also powered by an octa-core SoC and come with DTS:X Surround Sound technology. The LG Stylo 3 Plus was launched in the US with a price tag of $225 (approximately Rs. 15,300) and had a 5.7-inch display and a 1.4GHz octa-core Qualcomm Snapdragon 435 SoC, along with 2GB of RAM and 32GB of inbuilt storage.

The LG Stylo 4 runs Android 8.1 Oreo with LG UX on top and features a 6.2-inch full-HD+ (1080x2160 pixels) FullVision display with an 18:9 aspect ratio. Under the hood, the handset is powered by an octa-core Snapdragon 450 SoC, coupled with 2GB of RAM. There is a 13-megapixel camera sensor on the back with phase detection autofocus (PDAF) lens and an LED flash. On the front, there is a 5-megapixel camera sensor with a wide-angle lens on top. The smartphone also has Q lens integration to offer smartphone suggestions and information. Further, Real Moment technology is being touted to let users easily share their edits and ideas by writing over a captured image.

The Stylo 4 has 32GB of inbuilt storage that is expandable via microSD card (up to 2TB). The smartphone has 4G LTE, Wi-Fi, Bluetooth, GPS/ A-GPS, NFC, USB Type-C, and a 3.5mm headphone jack. It comes with a Stylus Pen that has Pen Pop 2.1 technology and works with a suite of UX features, including Screen off Memo. A fingerprint sensor is available on the back to unlock the screen using your fingerprints. Besides, the handset packs a 3300mAh battery and measures and weighs 172 grams.

Why Bitcoin Exchanges Keep Getting Hacked - and How to Protect Yourself