LG says that it expects to completely shut down the smartphone division by July 31. 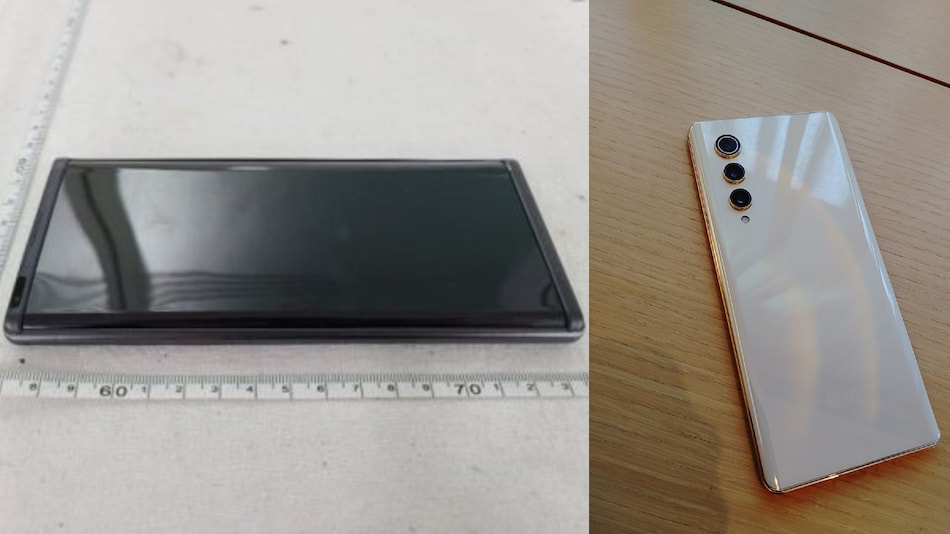 LG Rollable was teased during the company’s CES 2021 event

LG Rollable and LG V70 live images were leaked hours after the company announced its exit from the smartphone business. LG Rollable, the company's rumored side-expanding foldable display phone, was first teased at the Consumer Electronics Show (CES) 2021. The LG V70, as the name suggests, could be the successor to the LG V60 ThinQ models. LG announced its withdrawal from the smartphone market on Monday. Its mobile unit is expected to completely shut down in the next few months. But the tech giant says that it will continue to sell existing inventory till stocks last. For the upcoming phones though, it's not likely that they will actually see light of day anymore.

Tipster @FronTron has leaked a live image of the LG Rollable. It is tipped to come with the model number LM-R910N and has been spotted on a certification site in South Korea. The live image shows the front panel with bezels on three sides and curved edges on the fourth side. The image does not show how the phone unfolds, but past reports suggest that the display slides out from the side to expand.

The same tipster has also leaked a live image of the LG V70. The phone is seen sporting a triple rear camera setup and a glossy white finish. The tipster claims that the LG V70 ‘is dead', hinting that the phone may never be launched. The same was not said about the LG Rollable.

While announcing its withdrawal from the smartphone market, LG provided little clarity on what happens to phones that are in the pipeline. The company has not explained if any of its leaked handsets will see a launch before the mobile unit completely winds down. LG says the shutdown of its mobile phones business is expected to be completed by July 31, but it is possible that LG launches a few handsets before that.

The company says that it looks to focus its resources in growth areas such as electric vehicle components, connected devices, smart homes, robotics, artificial intelligence, business-to-business solutions, as well as platforms and services.