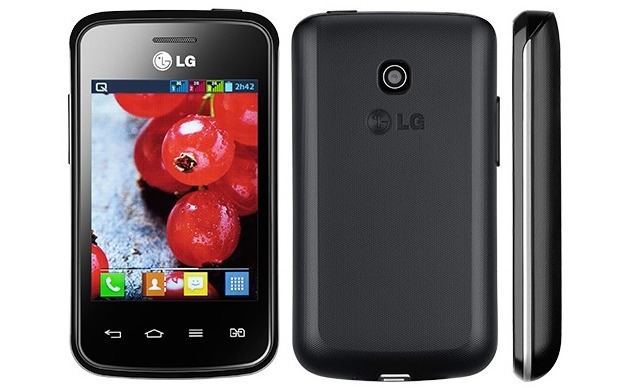 A new budget Android-powered handset from LG, the Optimus L1 II Tri, has been found listed on the company's official Brazilian website along with its specifications.

The LG Optimus L1 II Tri handset has been listed on the company website, without pricing. However, the rumoured price is said to be around $127 (Rs. 7,000 approximately). The handset is expected to be released first in Brazil, followed by other regions.

The LG Optimus L1 II Tri runs on Android 4.1 Jelly Bean OS. It has been also noted that the handset comes with support for three SIM cards, which are also the most highlighted features of the device.

The Optimus L1 II Tri houses a 2-megapixel rear camera with 4x zooming capability. The handset however misses out on the camera flash support and a front-facing shooter. The budget smartphone comes with a 4GB of in-built storage, which can be expanded up to 32GB via microSD card.

The firm's much awaited curved display smartphone, the LG G Flex, also got listed recently on the company's India website along with a price tag of Rs. 69,999.