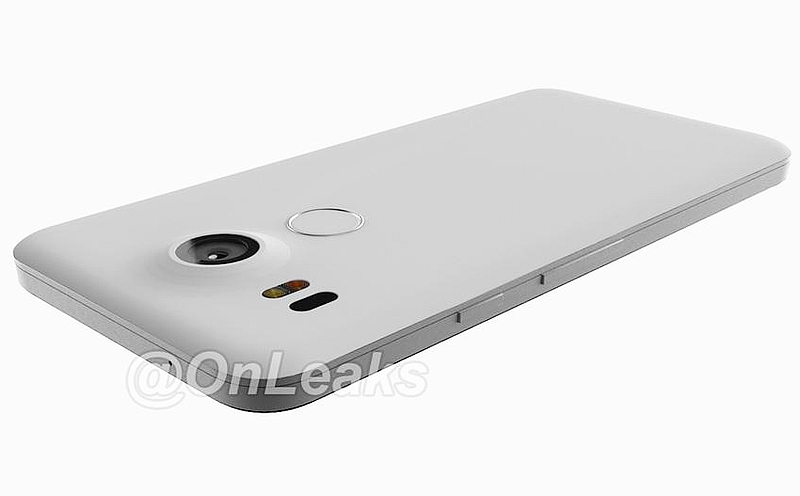 Adding to the ongoing leaks and rumours for the next Nexus-branded smartphones, new reports point at the possible launch date, as well as details about the design and the display panel.

While Google, LG or Huawei are far from revealing the official release dates of the two smartphones, a South Korean media publication (via GforGames) has suggested the LG-made 5.2-inch Google Nexus 5 (2015) will release on September 29. The report did not give any details on the launch date of the rumoured Huawei-made Nexus smartphone.

The LG-made Nexus 5 (2015) launch date here seems quite early as Google generally launches the Nexus smartphones and tablets in the second half of October.

In addition, a new image was posted Thursday on Twitter by @Onleaks showing the same LG-made Nexus 5 (2015) smartphone. The render (seen above) shows the back panel of the handset with the same protruding camera bump, flash, and a fingerprint sensor, all of which have been seen before in leaked images. The render also shows another cut-out section besides the camera flash that is said to be the infrared focus assist light sensor for better photography experience. The large camera circle also hints towards a larger sensor. Interestingly, the image shows no 'Nexus' branding at the rear panel of the device.

As per the latest reports, the Nexus 5 (2015) model would feature a 5.2-inch QHD display resolution, which calculates to a pixel density of 565ppi, and will be powered by the hexa-core Qualcomm Snapdragon 808 processor along with Adreno 418 GPU. Besides sporting 3GB of LPDDR3 RAM, the handset would be housing a 13-megapixel camera powered by Sony IMX278 sensor, offering optical image stabilisation.

As for the Huawei-made Nexus smartphone, the device was recently leaked in a couple of images, also sporting (https://gadgets.ndtv.com/mobiles/news/huawei-made-nexus-smartphone-spotted-in-new-leaked-images-731674) a prominent camera bump. The smartphone is tipped to sport 64GB of inbuilt storage and the MSM8994 SoC aka the Qualcomm Snapdragon 810. It may also feature a USB Type-C port. A 5.7-inch display, front-facing speakers and a fingerprint scanner are also tipped.