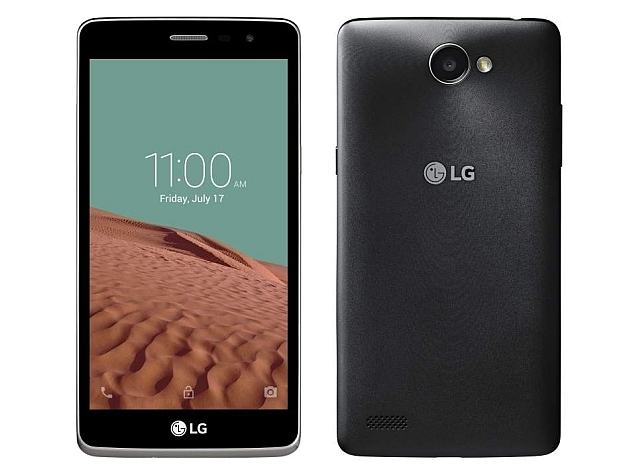 The LG Max, the South Korean consumer electronics giant's new mid-range 3G smartphone, as promised by the firm has reached Indian shores. The smartphone is priced at Rs. 10,990 for its dual-SIM variant, and is already available in stores. It is worth noting that the handset was introduced by LG by the moniker - Bello II. The company added that the smartphone would be called LG Prime II in Brazil and Chile. The single-SIM variant is not being launched in India.

The smartphone is powered by a 1.3GHz quad-core processor and features a 5-inch FWVGA (480x854 pixels) display. The LG Max comes with 1GB of RAM and packs 8GB of built-in storage with microSD card support.

The smartphone features an 8-megapixel rear camera while there is a 5-megapixel front-facing camera. It sports some selfie features such as Gesture Shot and Selfie Flash, already seen on the company's G Series. Gesture Shot allows users to take selfies without pressing any buttons (click via opening and closing a hand in front of the front camera), and Selfie Flash turns the phone's display into a soft flash for portraits.

The Android 5.1.1 Lollipop-based smartphone comes with 3G connectivity support with HSPA+ (speed up to 21Mbps). Other connectivity options include Wi-Fi 802.11 b/g/n, Bluetooth 4.0, A-GPS, and Micro-USB. The handset packs a 2540mAh removable battery. It measures 140.8x71.6x9.6mm and weighs 155 grams. The smartphone will be available in White, Titan, and Gold colours.

"Most of the people who use Internet on smartphones use 3G services as 4G is still at a nascent stage in our country. Keeping this in mind, LG has launched LG Max as we are sure that this smartphone will offer unprecedented value to 3G consumers. This smartphone offers great balance of form, function and price and we expect it to be even more successful than its predecessor," said Amit Gujral, Marketing head, LG Mobiles India, during the launch.