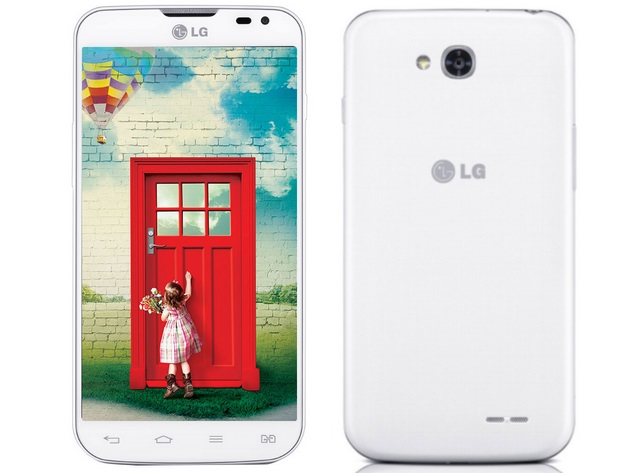 After launching the LG L90 Dual in India, the South Korean company has quietly launched its second 'L Series III' smartphone in the country, the L70 Dual. The smartphone is now listed on the company's site at Rs. 15,000. However, there is no word on the availability of the LG L70 Dual.

Notably, the LG L70 Dual was available at an e-commerce website for Rs. 14,500, alongside LG L90 Dual, which finally launched last week.

The LG L70 Dual, as the name suggests, comes with dual-SIM (GSM+GSM) functionality. The LG L70 Dual runs Android 4.4 KitKat out-of-the-box, which is a highlight of the device in LG's budget smartphone line-up. The smartphone also features LG Optimus 3.0 UI customisation on top.

The L70 Dual features a 4.5-inch IPS LCD display, packing a WVGA (400x800 pixels) resolution and a pixel density of 207ppi. The smartphone comes with 1GB of RAM, and is paired with a 1.2GHz dual-core Snapdragon 200 processor alongside an Adreno 302 GPU.

It sports a 5-megapixel rear autofocus CMOS camera and also houses a 0.3-megapixel front-facing camera. It comes with 4GB of built-in storage, which can be expanded up to 32GB. Connectivity options on the LG L70 Dual include Wi-Fi, Bluetooth, AGPS, EDGE, GPRS, micro-USB and 3G. The device will be backed-up by a 2100mAh removable battery. The LG L70 Dual measures 127.2x66.8x9.5mm in dimensions.

The LG L90 Dual, which went official earlier in March, also features dual-SIM functionality and sports a 4.7-inch IPS display with qHD (540x960 pixels) resolution. Powered by a 1.2GHz quad-core Snapdragon 400 processor with 1GB of RAM, the L90 Dual comes with 8GB inbuilt storage, which is expandable via microSD card (up to 32GB). The L90 sports an 8-megapixel rear camera and a 1.3-megapixel front camera. A 2540mAh removable battery backs the device. The LG L90 measures 131.6x66x9.7mm in dimensions, with no word on weight.