LG K92 5G may feature a 64-megapixel primary shooter on the back. 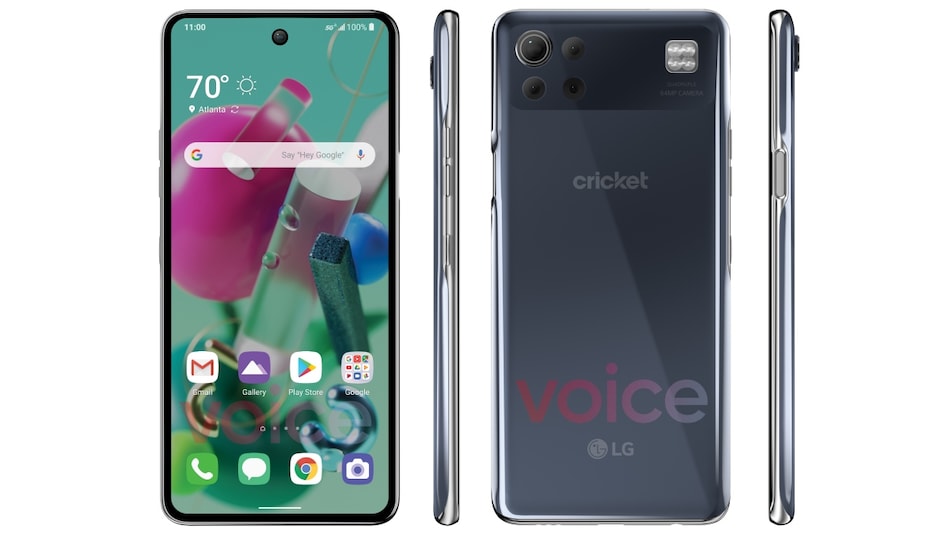 LG K92 5G, an alleged upcoming phone, has surfaced online as a part of a leaked render that has been shared by known tipster Evan Blass. The phone is expected to be the first 5G offering in the South Korean tech giant's K series of affordable smartphones. The render shows the expected design of the upcoming phone in detail, hinting at some of its possible features. The company recently launched the LG Q92, the first 5G handset in its Q series of phones.

Blass shared the K92 5G render on a blogging platform called Voice. On the back, the phone is seen sporting a quad camera setup that is highlighted by a 64-megapixel primary snapper. The cameras are placed within a square-shaped module on the top left corner. The render also shows a quad-LED flash setup, placed within another square-shaped module on the top right corner.

LG K92 5G may feature a hole-punch display with thin bezels all around. The render shows that the volume keys and a dedicated Google Assistant key are placed on the left side of the phone, with a power button with inbuilt fingerprint sensor placed on the right. The phone is also expected to sport a 3.5mm headphone jack and a USB Type-C port at the bottom.

Blass also suggests that the LG K92 5G may be sold by Cricket Wireless in the US, indicated by the telecom operator's branding on the back.

LG has not officially announced any details on the launch or availability of the K92 5G.

Back in August, LG Q92 was launched in South Korea. Powered by the Qualcomm Snapdragon 765G SoC, the smartphone features a 6.67-inch full-HD+ hole-punch display. It features a quad camera setup, headlined by a 48-megapixel shooter. For selfies, the phone comes with a 32-megapixel snapper. Apart from 5G support, connectivity options on the phone include Wi-Fi, Bluetooth 5.0, NFC, and a USB Type-C port.