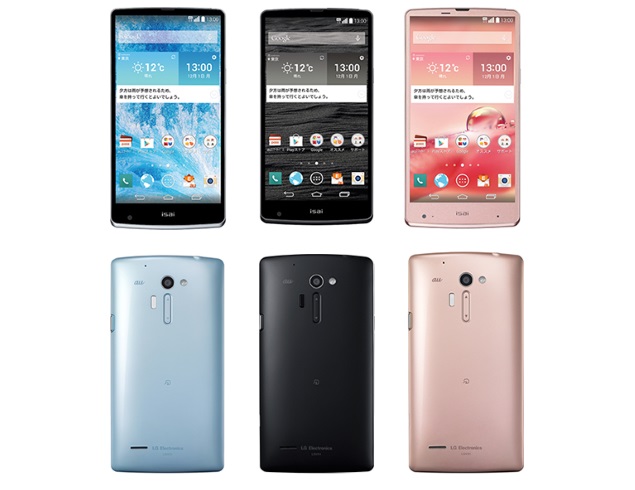 LG has expanded its 'isai' Android smartphone range in Japan for KDDI with the launch of the refreshed version of the isai FL, called the isai VL.

Much like the isai FL, the new LG isai VL smartphone will be exclusive to Japanese carrier, KDDI, and is expected to go on sale in the country starting early December.

The new LG isai VL features upgraded specifications such as 3GB of RAM, when compared to 2GB on the isai FL. The new isai-series smartphone will be available in different colour options - Aqua, Black, and Pink Gold than its predecessor. The company also touts that the isai VL is one of the first smartphones in Japan to support Voice over LTE (VoLTE) that ensures high quality voice, video and multimedia services. It also supports 4G LTE networks with a maximum speed of up to 150Mbps.

Other specifications listed for the LG isai VL smartphone are identical to the isai FL, which was launched ahead of the LG G3 and provided hints of what was to come. It sports the same 5.5-inch AH-IPS LCD QHD (1440x2560 pixel) panel with a massive 538ppi pixel density that was later announced by LG for the G3.

The company has not revealed the chipset for the LG isai VL but the smartphone most likely is powered by the quad-core 2.5GHz Qualcomm Snapdragon 801 MSM8975AC chipset. The connectivity options include IR, Bluetooth 4.0, Wi-Fi 802.11 a/b/g/c/ac and 4G LTE. Additionally, it supports LG's Knock Code feature and is listed as dust and waterproof. The LG isai VL measures 145x76x10.5mm, the same as the isai FL.

The placement of physical buttons appears to be same as the LG isai FL - the power/ lock screen button seems to be on the right side of the phone, while the volume rocker is placed at the back.