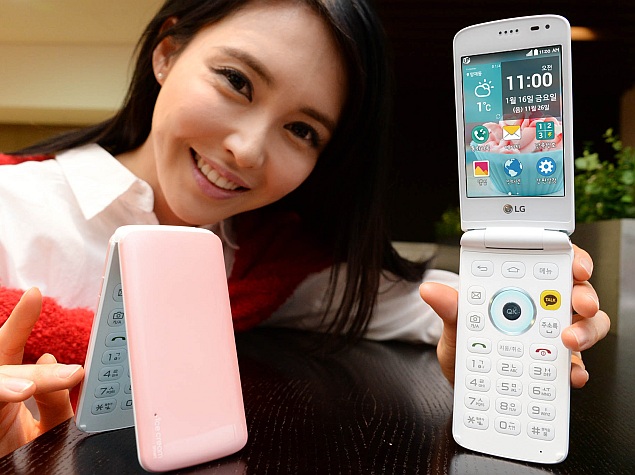 LG has launched a new flip smartphone named LG Ice Cream Smart in its home turf South Korea. The handset is notably the second flip-style Android handset launched by the firm in the recent past, after the LG Wine Smart, which was launched in September last year.

The price of the LG Ice Cream Smart is priced around KRW 300,000 (roughly Rs. 17,000) and the smartphone is likely to remain Korea-specific for now.

Running Android 4.4 KitKat, the Ice Cream Smart by LG features a 3.5-inch HVGA (320x480 pixels) resolution LCD display, similar to the last year's Wine Smart handset. The smartphone is powered by a quad-core 1.2GHz processor (unspecified) coupled with 1GB of RAM. GSMArena however adds the smartphone to include a Qualcomm Snapdragon 400 chipset. 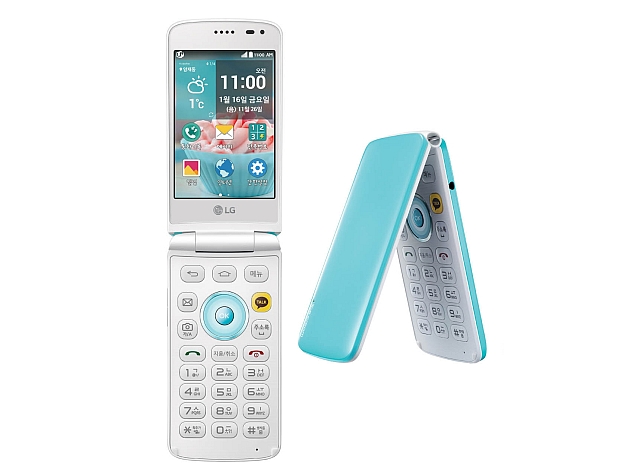 The LG Ice Cream Smart also bears 8GB of inbuilt storage, which is expandable via a microSD card (up to 32GB). An 8-megapixel rear camera and a VGA (0.3-megapixel) front-facing camera are also housed inside the handset.

Some of the other features included in the LG Ice Cream Smart are LTE connectivity, Wi-Fi, DMB-TV, and Bluetooth 4.0. The smartphone measures 118.6x59.4x16.9mm, weighs 138 grams, and is backed by a 1700mAh removable battery. The handset is available in Mint and Pink colour variants.

In 2013, Samsung launched its a flip-style Android handset - the Samsung Galaxy Golden. The smartphone's claim to fame was its dual screen on the inside and the outside.

Last year, Samsung also introduced its SM-G9098 flip phone in China with much better specifications than the Galaxy Golden. Some of the other flip phones introduced by Samsung are W789 and W2014.