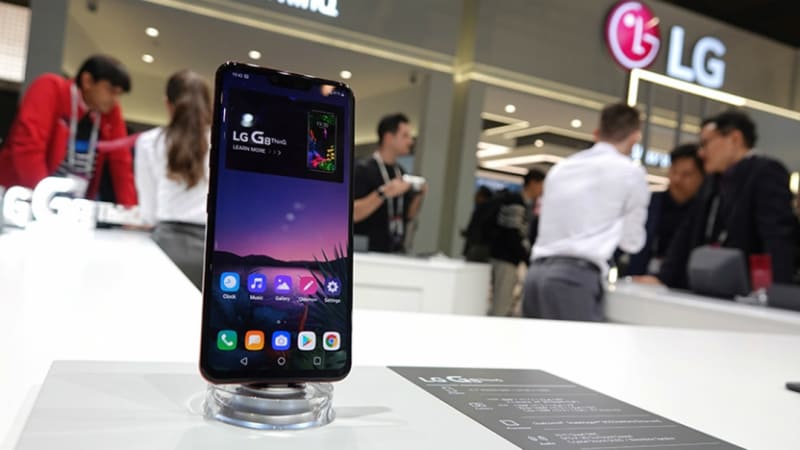 LG G8 ThinQ will go on pre-orders in South Korea starting March 15, the company announced on Monday. Alongside announcing the pre-order schedule, LG revealed the price of the G8 ThinQ that was unveiled at Mobile World Congress (MWC) 2019 in Barcelona last month. The phone will also be available for purchase in the country starting March 22. It will be provided with a screen replacement facility for one year and will come bundled with a free case. The G8 ThinQ notably comes as a successor to the LG G7 ThinQ that was launched in India and global markets last year.

As per the fresh details posted on the official newsroom site, the LG G8 ThinQ price in South Korea has been set at KRW 897,600 (roughly Rs. 55,300). The phone will be available for pre-orders in the country between March 15-20, though it will go on sale starting March 22.

On the part of launch offers, customers purchasing the G8 ThinQ will receive one year of free screen replacement and a free case.

That being said, the global price and availability details of the LG G8 ThinQ are yet to be announced.

To recall, the LG G8 ThinQ was unveiled at MWC 2019 -- alongside the G8s ThinQ. The new model comes as a successor to the LG G7 ThinQ.

The LG G8 ThinQ also has an 8-megapixel autofocus camera along with an f/1.7 lens at the front. There is also a ToF Z Camera that is designed to enable Hand ID palm vein authentication. Furthermore, the phone has a face unlock feature and a fingerprint sensor at the back.

On the storage front, the LG G8 ThinQ has 128GB of onboard storage that is expandable via microSD card (up to 2TB). Connectivity options include the 4G VoLTE, Wi-Fi 802.11 a/b/g/n/ac, Bluetooth v5.0, GPS/ A-GPS, NFC, FM radio, and a USB Type-C port (v3.1). The smartphone is powered by a 3,500mAh battery that supports Quick Charge 3.0 technology. Besides, it comes with an inbuilt 32-bit Hi-Fi Quad DAC that enables DTS:X 3D Surround Sound.