LG G7 ThinQ is getting a new software update in India that brings Wi-Fi calling support to the phone. Apart from the Wi-Fi calling feature, the update also includes March 2020 Android security patch along with other phone functionality improvements. LG is pushing the update over-the-air (OTA) with the firmware V20n-MAR-10-2020. To recall, the LG G7 ThinQ was launched in 2018 with Android 8 Oreo and has received the Android 9 Pie update but, the latest system update does not upgrade it to Android 10 operating system.

Moreover, the system update is 670.05MB in size and LG G7 ThinQ users will automatically be notified when the OTA update is ready on their phones. The users can also check for the update manually by heading to Settings > System > Update centre. 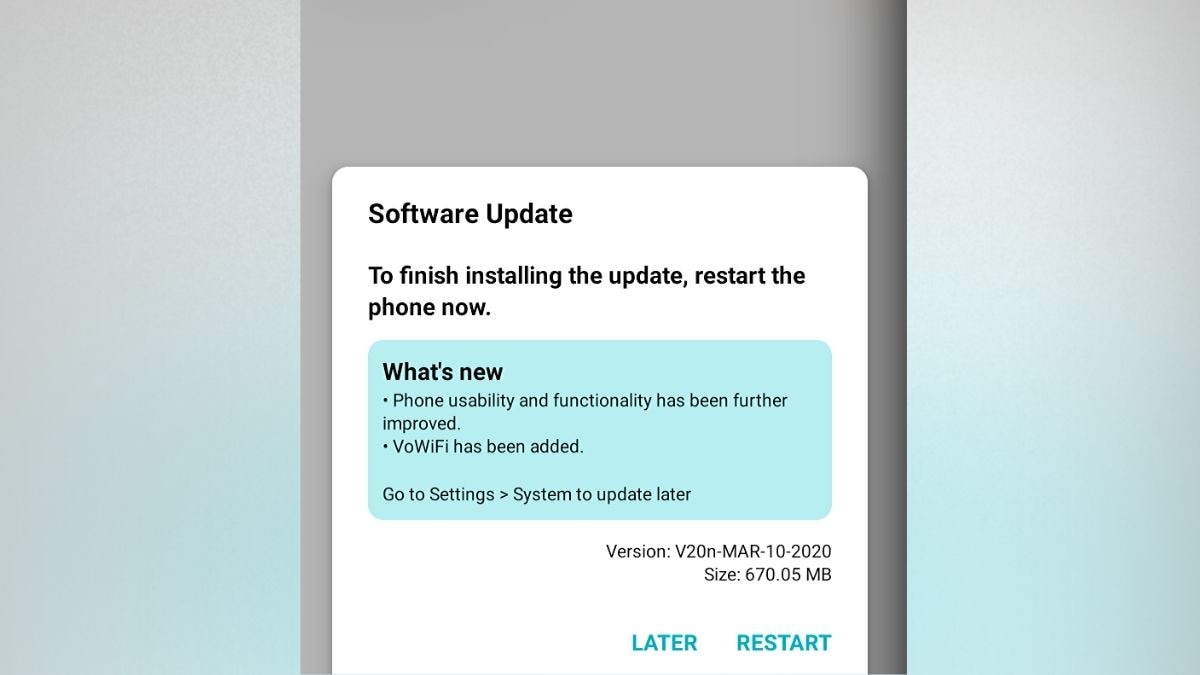 To recall, LG G7 ThinQ was launched in 2018 and features a 6.1-inch QHD+ (1,440x3,120 pixels) display. The phone is powered by Qualcomm Snapdragon 845 SoC, coupled with 4GB RAM. Additionally, the phone has a single 16-megapixel rear camera and an 8-megapixel camera for selfies and video calling. The phone packs a 3,000mAh battery.

Earlier in January, LG Italy had announced that LG G7 ThinQ will be receiving the Android 10 update in the third quarter of 2020. But since the roadmap came from LG Italy, it was not clear whether the roadmap is valid for other countries. Nonetheless, this still gives an idea when LG might rollout Android 10 updates in India.