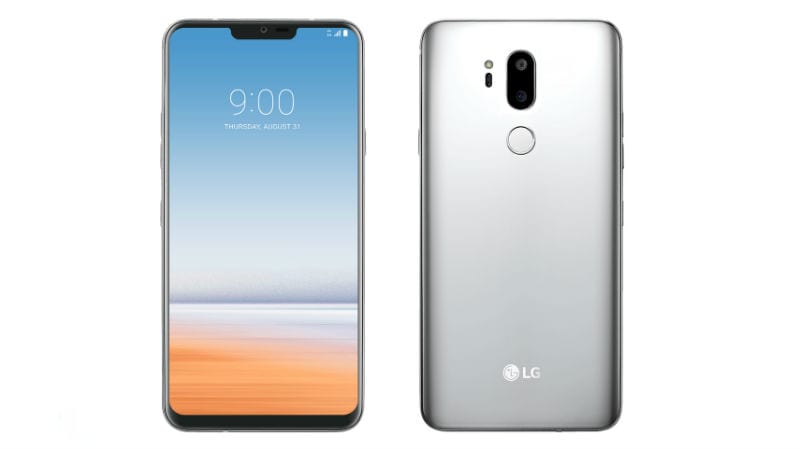 LG Electronics, taking a break from its annual launch cycle, had earlier, claimed that it would launch new smartphones as they were needed, including more variants of its popular G and V-Series of handsets. Ever since reports of the change in strategy by the South Korean giant, rumours of the next flagship phone, expectedly called the LG G7, have been surfacing online. Other reports have also claimed that LG's upcoming smartphone has been codenamed "Judy". New reports have sprung around another upcoming handset, said to be codenamed LG Neo. Another report also shares a render based on all the speculations around the handset, and it appears that the next LG flagship will be an iPhone X look-alike.

From Huawei P20 to OnePlus 6, several upcoming smartphones appear to have caught the iPhone X-like notch fever. Even Google has announced notch support in its next operating system, Android P. As per renders posted by TechnoBuffalo and Ben Geskin, a holistic picture of what the LG's upcoming flagship suggests a similar feature in the handset. It should be noted that the renders are not official, instead made with the LG G7/ LG Judy leaks and other rumours taken into consideration.

According to the latest report, LG appears to be "borrowing heavily from the iPhone X" on the LG Neo. The renders show the 2018 flagship from the front and back in various settings. On the front side, the smartphone will have a full-screen display. There appears to be a thin chin at the bottom bezel but the top bezel goes right up to the edge. The notch will be present to include the camera and sensors. Additionally, LG is reportedly planning on placing the notification bar to the left and right side of the screen.

Meanwhile, the rear end of the LG Neo smartphone shows a dual-camera setup with two-tone LED flash and laser autofocus. Underneath, there is a home button which also acts as a fingerprint scanner.

The latest report adds of the previously leaked specifications of the LG G7, which is said to sport a 6-inch OLED display with a resolution of 1440x3120 pixels, an aspect ratio of 19.5:9, and 900 ppi. The leaked images had also claimed that the notch with be present on the handset. Other rumoured features include the latest Qualcomm Snapdragon 845 SoC, 4GB/ 6GB RAM, 64GB/ 128GB inbuilt storage, and a 3000mAh battery.