LG's much-anticipated G6 flagship smartphone is expected to be unveiled at the company's February 26 event just ahead of MWC 2017 in Barcelona later this month. Thanks to a leaked image, we already have a glimpse of top half of the LG G6 smartphone and now a leaked image claims to show the prototype image of the device.

Droid-Life has obtained few live images of a LG G6 prototype unit that somewhat gives an idea about the design of the overall handset. Much like the previous leaked image, the new prototype image shows a metal frame on the G6 while the screen-to-body ratio seems to show thin bezels. The new leaked live image of prototype G6 again tips rounded corners. The rear however indicates that LG may not opt for an all-metal design on the G6.

The leaked rear panel of the LG G6 shows the much-rumoured dual camera setup alongside rear fingerprint scanner. A USB Type-C port with single speaker can be seen at the bottom panel while the 3.5mm audio jack is seen on top panel. Looking at the images, it's apparent that the product photographed isn't a final version and there might be more changes to the end product.

A recent report said that LG G6 flagship will be the only other non-Pixel smartphone to feature Google Assistant out-of-the-box. The G6 is widely expected to come with waterproofing capability and this is said to be one of the reasons why LG's next flagship will ditch the removable battery to give way to water resistance.

LG is also rumoured to come with dated Snapdragon 821 processor as Samsung has reportedly first dibs of the latest Snapdragon 835 processor. 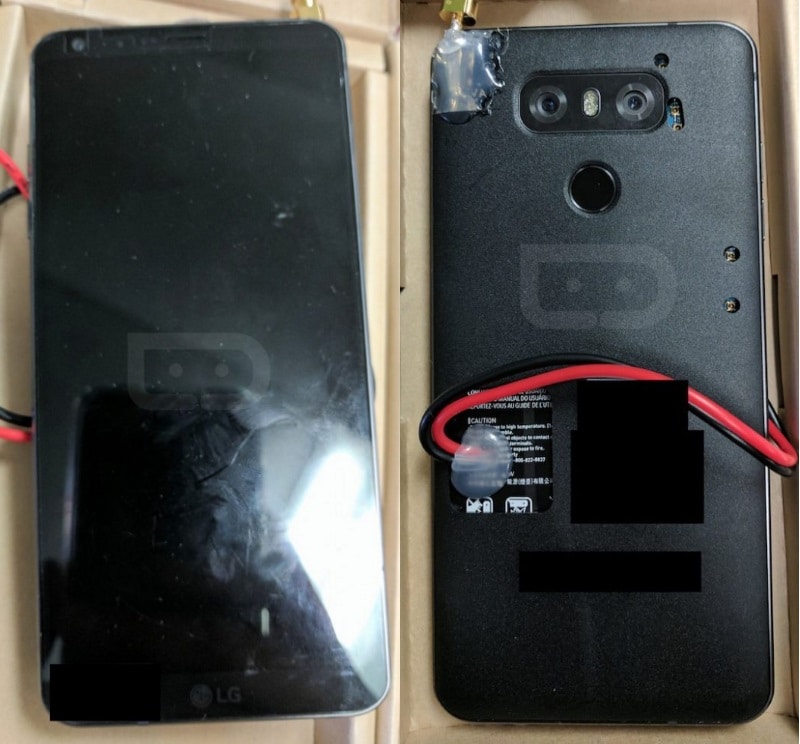