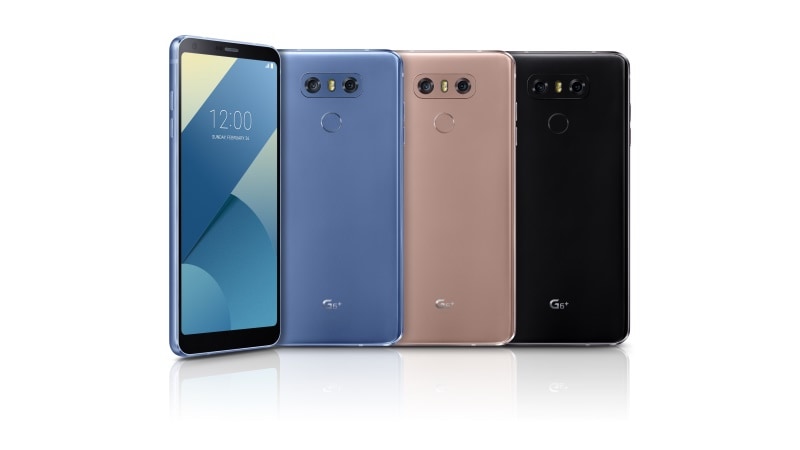 Facing stiff competition from its rivals, LG on Monday added two new variants of its flagship smartphone - LG G6 - to its line-up to lure more customers. One bears 128GB inbuilt storage and will be known as LG G6+, while the other has 32GB inbuilt, which the company has named LG G6 32GB. The latter is already listed on LG UK website, while the LG G6+ has been announced in Korea, but its availability is awaited until further announcement from the company. Separately, the LG G6 smartphone will receive new features and other improvements with next software update, which will be 'coming soon'.

The primary difference between the standard LG G6 (64GB) and its new variants is in storage capacity- while the new LG G6 32GB, as the name suggests, has 32GB built-in storage, the new LG G6+ packs 128GB. Some reports also saw the LG G6+ packs 6GB of RAM, but there's no confirmation from the company yet. Notably, LG previously chose to launch three different versions of G6 in different markets, some with wireless charging support and others without. However, the LG G6+ with 128GB storage comes with all of those features into a single package.

In addition to 128GB inbuilt storage, LG G6+ will come packed with wireless charging support as well as high-fidelity quad-DAC feature in all markets. On the other hand, the LG G6 32GB comes with just half the inbuilt storage with no further specification enhancements.

The South Korean company is releasing new features for its flagship via a software update. The new features include Face Print, Low Power Consumption, and Covered Lens warning, which will be rolled out to the existing LG G6 units via software update. The All-Ways Aware hub uses Google's Contextual Hub Runtime Environment (CHRE) to sense and collect data at all times from both sensors and wireless connections, the company claims, to improve the user experience with third-party applications.

Without giving away details regarding the release of the LG G6 software update as well as LG G6+, the company in a statement said, "the exact dates of availability of the software update and the LG G6+ will be announced locally in each market."

Jio Rivals Say Government Policy Should Allow Telcos to Cover Costs
Meet Shimon, the Robot That Uses AI to Write and Play Its Own Music Compositions