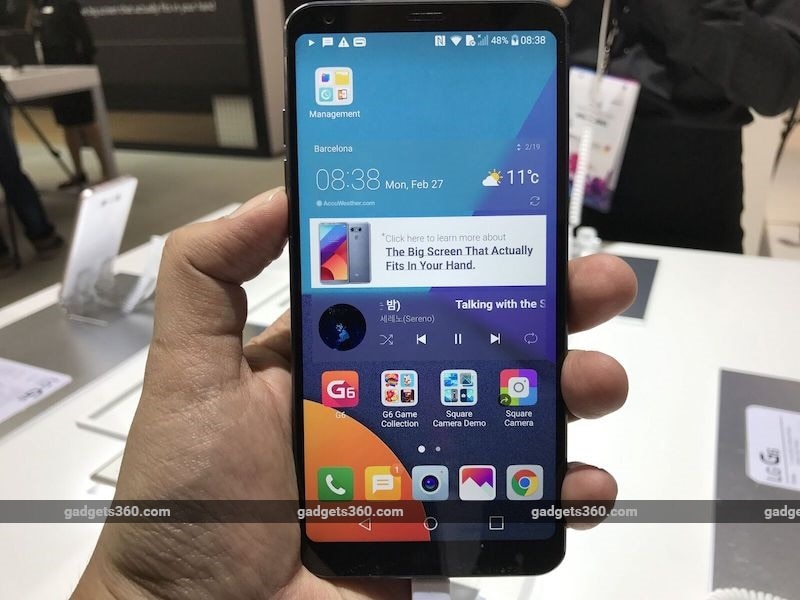 After starting the global rollout of its flagship G6 smartphone earlier this month, LG has now opened up the pre-registrations for the smartphone in India. While the India launch date for the device has still not been announced by the South Korean company, users can go to its Indian website and express their interest for the phone.

For those who are unfamiliar with the term, pre-registrations do not require you to deposit any amount and is simply meant to express your interest in a product. This is different from pre-booking, which effectively means booking the product with a nominal amount ahead of its official availability. The phone was made available in South Korea at a price of KRW 899,800 (roughly Rs. 51,200) but we will have to wait and see if the Indian price for the phone is in a similar range.

The LG G6 smartphone was initially launched by the company at MWC 2017 in February and runs Android 7.0 Nougat out-of-the-box. The highlight feature on the smartphone is its 5.7-inch QHD+ (1440x2880 pixels) FullVision display with an 18:9 (or 2:1) aspect ratio instead of industry standard (16:9). The phone was launched with the new UX 6.0 that company said has been optimised for the 18:9 aspect ratio.

The smartphone is powered by Qualcomm Snapdragon 821 SoC coupled with 4GB of LPDDR4 RAM. The LG G6 was launched in two storage variants - 32GB and 64GB. The storage on the LG G6 is expandable via microSD card (up to 2TB).

The LG G6 houses a non-removable 3300mAh battery. This is a departure from the company's earlier devices that usually featured removable batteries. It measures 148.9x71.9x7.9mm and weighs in at 163 grams. LG G6 supports LTE-A 3 Band CA network and in terms of connectivity options, it includes Wi-Fi 802.11 a/b/g/n/ac, Bluetooth v4.2, NFC, and USB Type-C 2.0 connectivity options. It will be available in Astro Black, Ice Platinum, and Mystic White colour options.

Notably, the phone was touted to be the "first smartphone with supports Dolby Vision" at the time of its launch by LG. It features a 32-bit Hi-Fi Quad DAC (digital to analogue converter) for enhanced audio playback as well. The phone packs a fingerprint scanner at the back as well. Another distinction is that it has passed the MIL-STD 810G military standard certification for durability.

Xiaomi Mi 6 to Launch Wednesday: Price, Specifications, Design and Everything We Know So Far
InterBot Launched by Gupshup, Said to Be World's First Bot-to-Bot Communication Platform