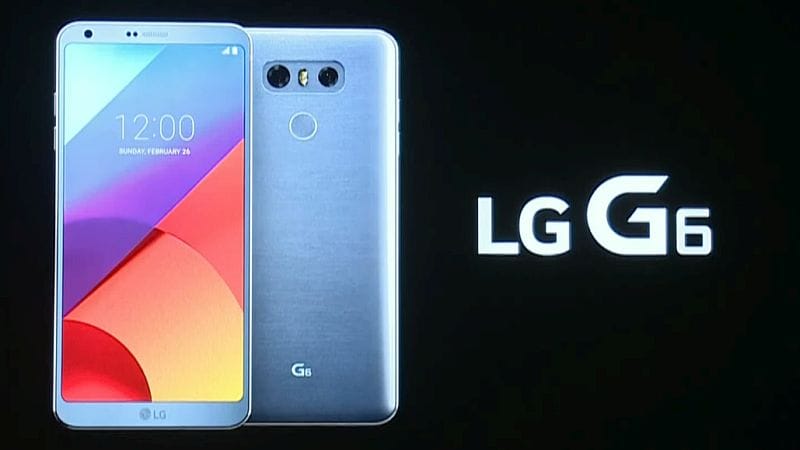 LG on Thursday announced that the company's LG G6 flagship smartphone has commenced shipping to international markets, and will be made available in key countries of North America, Asia, Europe, Central, and South America over the next several weeks. The South Korean company has said that the pricing of the device and exact dates of availability will be announced locally in each market at the time of its launch. In South Korea, where the smartphone has already been made available, the LG G6 has been priced starting KRW 899,800 (roughly Rs. 51,200). It adds that globally, nearly 200 carriers will offer the smartphone.

The LG G6 smartphone was initially launched by the company at MWC 2017 in February and runs Android 7.0 Nougat out-of-the-box. The highlight feature on the smartphone is its 5.7-inch QHD+ (1440x2880 pixels) FullVision display with an 18:9 (or 2:1) aspect ratio instead of industry standard (16:9). The phone was launched with the new UX 6.0 that company said has been optimised for the 18:9 aspect ratio.

The smartphone is powered by Qualcomm Snapdragon 821 SoC coupled with 4GB of LPDDR4 RAM. The LG G6 was launched in two storage variants - 32GB and 64GB. The storage on the device is expandable via microSD card (up to 2TB).

The LG G6 houses a non-removable 3300mAh battery. This is a departure from the company's earlier devices that usually featured removable batteries. It measures 148.9x71.9x7.9mm and weighs in at 163 grams. LG G6 supports LTE-A 3 Band CA network and in terms of connectivity options, it includes Wi-Fi 802.11 a/b/g/n/ac, Bluetooth v4.2, NFC, and USB Type-C 2.0 connectivity options. It will be available in Astro Black, Ice Platinum, and Mystic White colour options.

Notably, the phone was touted to be the "first smartphone with supports Dolby Vision" at the time of its launch by LG. It features a 32-bit Hi-Fi Quad DAC (digital to analogue converter) for enhanced audio playback as well. The phone packs a fingerprint scanner at the back as well. Another distinction is that it has passed the MIL-STD 810G military standard certification for durability.