Considering that LG has already launched two dual-SIM variants of the G4, the LG G4 Dual SIM (H818P) and LG G4 Dual SIM (Dual LTE) (H818N) in select countries last month, we can expect one of these variants to be unveiled at the June 19 event.

The specifications of the LG G4 Dual SIM and LG G4 Dual SIM (Dual LTE) are identical to the original LG G4, except for the inclusion of an extra SIM card slot.

The LG G4 runs Android 5.1 Lollipop out of the box with LG's new UX 4.0 on top. Google Drive, Docs, Sheets, Slides apps come pre-installed on the phone, while G4 owners will receive an additional 100GB of Google Drive storage free for two years. 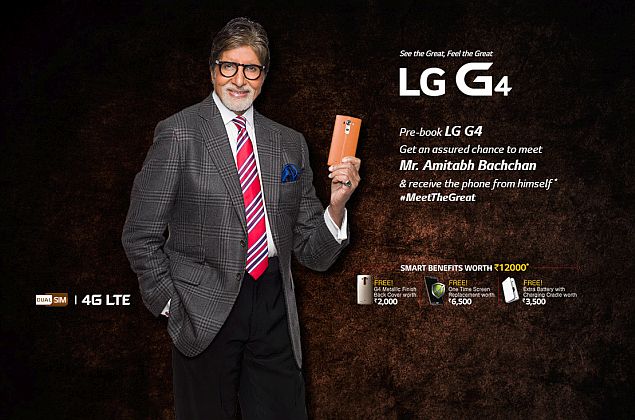 For interested consumers, LG India is taking pre-orders for the G4 smartphone till June 15, and pre-order customers stand the chance to receive the handset directly from Bollywood actor Amitabh Bachchan. The company is also offering few assured gifts for consumers who pre-order the G4 which include a LG G4 Metallic Finish Back Cover worth Rs. 2,000 inside the box; free one time screen replacement worth Rs. 6,500, and free extra battery with charging cradle worth Rs. 3,500.

LG G4 Set to Launch in India on June 19
Comment